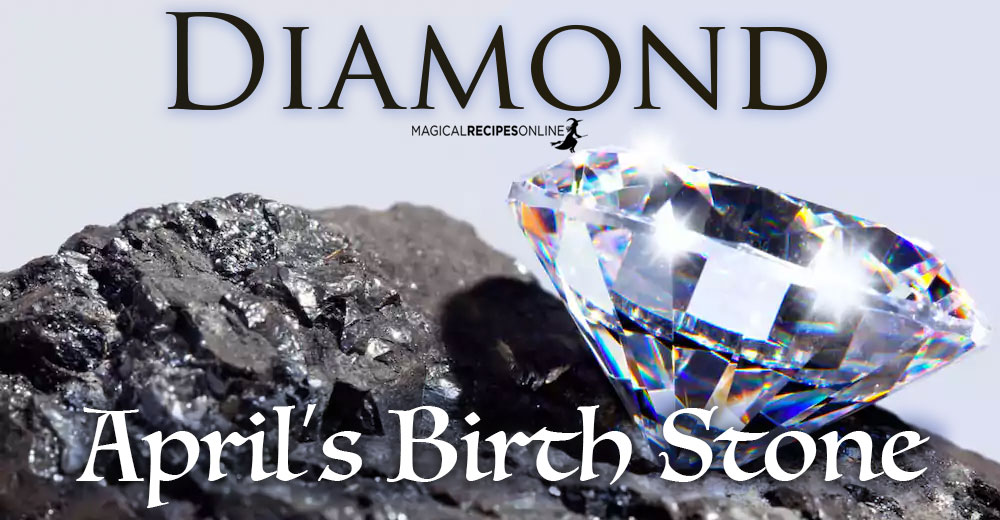 The Birthstone of April is Diamond

Diamond is the hardest mineral on Earth and considered to be the most precious gemstone in the world. Diamonds have gained prestige because of the lustre, clarity and the spectacular fiery colour-play.

The word Diamond means ‘invincible’ or ‘indestructible’ which has the hardest mineral on Earth is quite fitting. One of the outer planets have rain that is comprised of Diamonds. Diamonds have been given at marriage because they instil trust and fidelity, they also represent innocence and purity.

In the ancient world diamonds weren’t worn as sparkling cut gems, they were worn as raw as raw unaltered stones and were treasured for their beauty in their natural form. It wasn’t until many centuries later in the 17th Century that their hidden beauty was revealed, but their beauty was still secreted away, and it wasn’t until 1919 when Marvel Tolkowsky created the round brilliant cut for diamonds. Diamonds are really useful gemstones when you want to clear away obstacles within the personal energy field. They are also fantastic for increasing self-respect and self-love. The diamond is an amazing tool when you are trying to understand your own emotional blockages.

Diamonds are known as a ‘Master Healer’ crystal, and like Quartz diamonds can be used to relieve almost every ailment. Diamonds are connected to the Crown Chakra, which activates and stimulates that energy centre. Diamonds are considered to be a gemstone of phenomenal power that will enhance the energy of other crystals working on the mind, body and spirit. Diamonds are often associated with the Sun because of it’s age, strength and hardness. Diamonds cab be used in spells, rituals and healing sessions to increase the strength of the activity; they are also closely associated with protection for the same reason. Diamonds shouldn’t be charged or cleansed, but I am looking more into that.