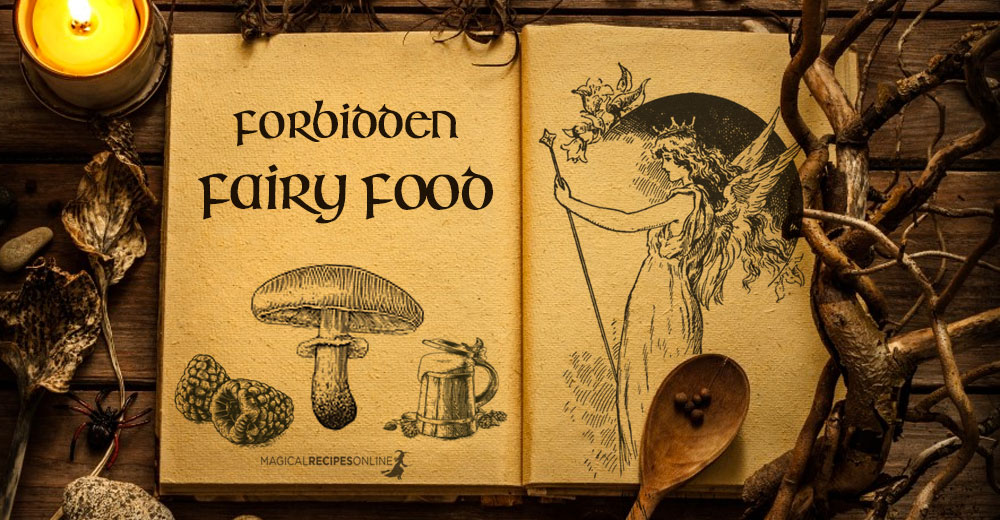 Fairies also known as the Fae or the Fair Ones, dominate most esoteric and magical traditions worldwide. There are hundreds of stories about these playful spirits, interacting with humans in a benevolent or catastrophic way. Although, we do find differences between the traditions, there are many common details. One of these very interesting details, is the Forbidden Fairy Food.

Who are the Fairies?

Fairies are considered forces of nature who occupied the planet long before the coming of humans. They dwelled almost everywhere in the planet. Some fairies chose to live in the forests, others around lakes and rives while some chose mountains and the seas. Hence, Fairies actually believe that this world belongs to them. This is a very important thing to memorize when interacting with them.

The more humans spread around the Realm, the more fairies took interest in them. This is why, at the Dawn of our civilization, there are many stories about fairies who initiated contact with humans. Most stories of fairies talk about:

Humans in the Fairy Realm

In order to interact with the Fairies one should enter the Fairy Realm or a Fairy decide to visit our World. Although the latter seems rather impossible as Fairies hate the way of men. This is why, humans need to visit the fairy realm in order to see and communicate with fairies. This can happen:

Fairy Food, is a tricky yet powerful thing. Famous wizards, fairy doctors and powerful kings and queens in history, declared or secretly possessed fairy food. Although is undeniably mouth watering, it has unpredictable consequences for humans. But first things first. What is the fairy food?

Food from the Fairy Land

Those who were lucky (or wise, or strong enough) to tasted the Fairy Food and live to tell the story, they described it ‘heavenly’. The taste was amazing. If you could describe it, it would taste like wheaten-bread drenched in honey and red wine.

As most people cannot handle this energy, if it happens to be offered ‘fairy food’ one must respectfully decline. Let’s see why…

Effects of Food from the Fairy Land

Although fairies have amazing food, they do like to taste human food. Some of their favorite human foods are freshly prepared cakes and breads, fruits (strawberries and all kinds of berries), fresh milk, butter, wine, quality mead and brew.

Now here’s the tricky part. Fairies don’t actually consume the food. They devour the ‘toradh‘ or ‘foyson‘ which actually means the ‘essence’ or astral energy of the food. This is why one of the signs when visited by fairies (see here more) is that milk goes bad rapidly. Because the energy has already been consumed thus leaving the food empty and useless.

Hence, to invite fairies, one can offer food, calling the fairies. However, you must remember that once offered, the food belongs to fairies, thus should never be consumed by human.

If you’ve been offered, would you taste Fairy Food?