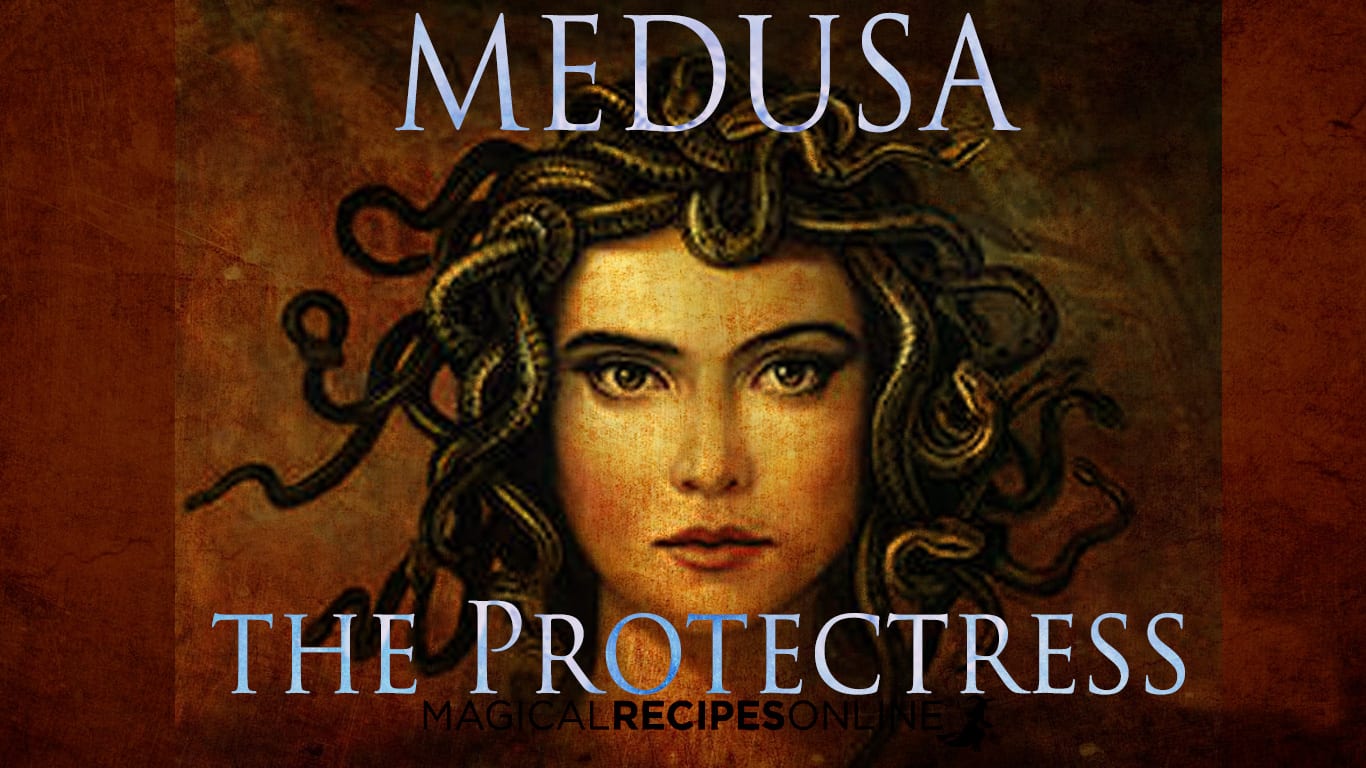 Medusa is one of the three sisters Gorgons. The other two were Stheno (the oldest of the sisters) and Euryale. The three Gorgons appear sometimes as women or mermaid like creatures but monstrous, with serpent’s skin, sharp teeth and venomous snakes on their head instead of hair living near Libya.

The Story of Medusa

The Gorgons were the three daughters of the primordial sea God Phorcys and the Goddess Ceto. Both Phorcys and Ceto where the son and daughter of the mother Earth, Gaia and the sea God Pontus who was born according to Hesiod’s Theogonia without coupling. But, while Stheno and Euryale was immortal, Medusa was not.

Medusa was also known as Gorgo. Her name, comes from the ancient greek word “μεδώ” and means the Protectress, the Mistress and her other name Gorgo means the one with the wild eyes. Medusa was once a very beautiful lady, who unfortunately made love to the Olympic sea God Poseidon in the sacred ground of Athena‘s temple. Athena as a virgin Goddess was furious for her sacred groves desecration, so she cursed her to this monstrous form, but at the same time she granted her the ability to petrify anyone who would look into her eyes.

Athena’s powerful Shield has Medusa’s head on it

According to the myth, the hero Perseus the legendary founder of the Perseid dynasty of Danaans (major Greek tribe) decapitated Medusa with the help of the Goddess Athena giving him the advice Never to look into her eyes but only by the reflection of her, on After that, he used the head to turn the Titan Atlas into stone (thus creating the Mount Atlas in Africa) and after that he delivered the head of the Gorgon to the Goddess when she integrated the Medusa”s head with he almighty Shield creating the Gorgoneion/Gorgonion. Gorgonion is a really powerful Weapon against evil.

Goddess Athena was one the most favourite Goddesses in the ancient world because of her wisdom and her protective aspects. Gorgoneion like shields were used for ages by the Greek warrior believing that they would be more protective under the frightening sight of Medusa. Medusa is so famous for the protective powers that even the Greek Orthodox Christians adopted the word Gorgon to use for virgin Mary. There is church of Madonna the Gorgon in a greek island and even a greek song calling virgin Mary a gorgon.

Many houses decorated their doors with Gorgoneion. Interestingly inthe middle ages, even after all the Witch-hunt craze, the Gorgonion was still being used widely in Europe to houses and even to churches (Medusa-like gargoyles). Even today Gorgonion is really popular. Gianni Versace, the famous fashion designer depicted on the logo of his company the head of Medusa!

TRY THIS! You can simply Print the Image of the Gorgon Medusa and hang it on your house”s walls/door looking out of your house. This is the cheapest way to make this powerful charm work for you. Medusa”s head is really popular and you will be able to buy a more elegant decoration for your door and your walls if you are willing to spend more money.

Gorgoneion, the Medusa”s head can be used for:

You can even wear an amulet / talisman with Gorgoneion to be protected from evil energies.

IMPORTANT NOTE: Like every protective charm if it wears down much Replace it!