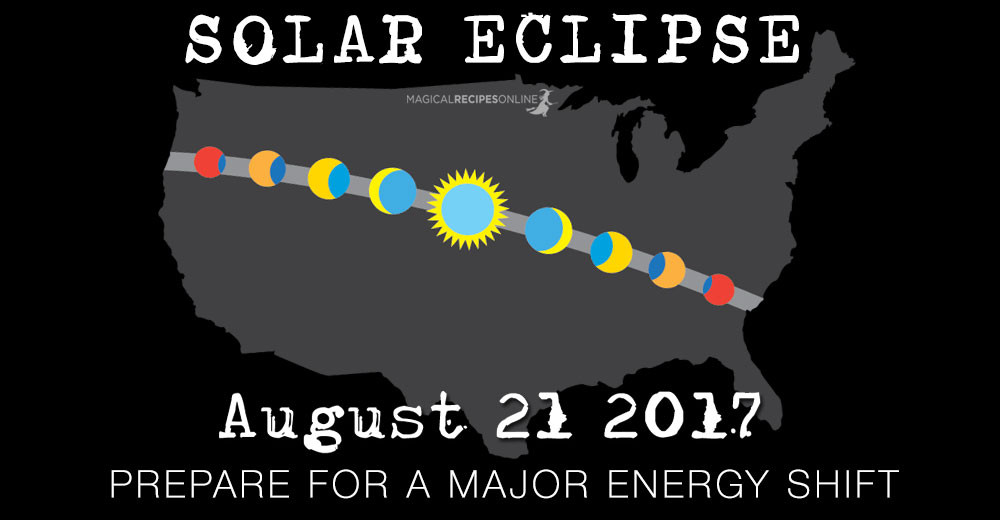 General Astrological Predictions: At 18:31UT the Moon conjuncts the Sun causing the New Moon and a Solar Eclipse in Leo. Actually, almost two hours after the eclipse, the Moon will enter Virgo. The energies of the eclipse have started raising just after the Lunar Eclipse and will be active until the next Full Moon on the 6th of September. But, of course, they will be most powerful during the day of the Eclipse. For Australia and most of Asia this will be the 22nd of August, but for the rest of the world, it will be on the 21st.

From the 28th degree of Leo, the Solar Eclipse conjuncts with “Al Jabhah” of Leo’s constellation. A fixed star of mixed nature, giving riches but can also bring out violence spreading death and terror. War can break out shaking human kind. The Animal Kingdom will perceive this Eclipse like the End is coming.

The whole scenery is not so favourable as the delays and obstacles created by the retrograde planets face the emergencies created by the Eclipse. The incompatibility of the energies the skies create is too great to easily deal with. But, thankfully there are some good news too. Mars hexagon with Jupiter is still strong. Mars is also forming a triangle with Saturn. Saturn’s hexagon with Jupiter is weak but still active. Sun triangles Uranus (and so does the Moon on the day of the Eclipse, but the Moon’s aspect last for hours, while the Sun aspect for days). Unfortunately Venus stresses both Uranus and Jupiter a little with weak squares, so Jupiter’s and Uranus’ beneficial energies are not very pure, but still, we’ll have some support.

The luckiest signs will most likely be Aries, Gemini and Virgo.

The ones who will suffer the most are probably Leo, Sagittarius and Capricorn.

A mostly easy eclipse for you this will be. You may have to deal with some financial problems and changes in your income. Some needs may also occur demanding to spend some money you’d rather not. Even more so as some of theses money may be for health issues. In most cases these issues are nothing major, just a sign of unbalanced diet or life style.

For younger Arieses (kids and teens) the eclipse may be a little more dramatic. Too many things and changes to deal with. Some of them internal, some external. Aries parents and parents having children born in the sign of Aries should be expecting such things.

Most problems caused by the eclipse are around home and family. Both these may cause you a lot of stress and, most probably, expenses. In some cases “home” can be the area you live in, and not just the actual apartment or house. Your love life also goes a little crazy, for good or evil., but in no way easy. The happily married ones (even if the marriage is not formal) could be the only exception, receiving only beneficial influences in it. This, of course, depends on the spouse’s zodiac sign as well.

This eclipse will be easier than the previous one, but I wouldn’t go as far as to call it easy. And your being tired after dealing with the previous one, doesn’t help a bit. In any case, avoid major expenses if you can, money deals, and also hasty decisions regarding a new lover or a returning one.

You are probably one of the luckiest sign of this eclipse. At the very least things go easy on you. In some cases even major good things may happen. Vehicles, phones and other communication means may have some problems. Other than that, the eclipse doesn’t seem to influence you directly anyhow, so you will enjoy the good luck and progress – slow as it may be – of the other astrological aspects we mentioned in the general section.

On the other hand, the world around you – family, friends, neighbours, towns, etc. – have their problems and may cause you slight inconvenience or challenge your patience.

Your financials were affected during the previous eclipse mostly through the important people of your life and most probably your spouse or lover. During this one, they will be affected directly. A change in your job or salary, a need to spend more money than you are willing, or other things like those may happen. In most cases, avoiding the panic and rearranging your priorities is enough to go through the crises. But, I said “a change”. It’s not necessarily a negative one. It can be a beneficial one. Still there will be some stress about it.

You need to take care of your means of communication and transportation too. Siblings, cousins, or people you consider as such may give you some frustration.

You should be extra careful during this eclipse. Your psychology is very much affected and your inner critic awakes and yells. Your past mistakes and whatever you think wrong on you and the like, are constantly in your thoughts. Experiences to support the foul mood also happen. You are forced to re-evaluate and change yourself. In the best case, you’ve initiated this procedure yourself, and thus, it goes more smoothly and pleasantly. Body’s health also can be affected, even more so if you had a “wild” previous period.

Your financials will also be affected somehow. This probably doesn’t mean extensive expenses though. Opportunities, things that look as opportunities, and in some cases a threat of a financial disaster are the more likely possibilities. Don’t panic, and don’t run into action. Keep your calm, investigate, plan, and act after the 5th of September.

I consider those born under the sign of Virgo to be lucky with this eclipse. Some of you might not even feel it, and just see in your life the formation of a steady growth in your financials. In some cases steady won’t mean slow at all. Those of you who were born the first few days of the sign – not even the whole first decan – may have to deal with some extra stress, but no more than that.

If you are engaged in spiritual activities or studies, then you will probably face some … commotion there. A change in your beliefs or practices, a change in your school or teachers and things like those are possible. Once again though, this would be for the best, so other than the extra stress it may create for the moment, there is nothing to worry about even there.

Although this eclipse is rather unlikely to create a serious damage in your lives, it won’t be any easy on you. Your relationships with your friends is the main focus. All short of problems can occur, and old and buried problems may resurface. This will eventually heal the good founded friendships, but can destroy the rest. Or at the very least make them more distant. If you have kids, they may experience similar situations. The same – and more probable – if they are of the sign of Libra. Marriage also may have some problems, or even more than some. And once again, the same goes for your kids, if they are old enough.

Other than that, computers and the like, as well as your internet activity, need some extra attention. Damages, viruses, errors, misplaced posts and everything of the kind can happen. Be extra cautious. Backup your important data.

This eclipse will be mostly focused on your job and career. Changes can happen there. Great ones as well. In some cases these changes will be good ones, in some cases bad ones. In both cases unsettling ones. Your way of living is changing because of this changes. Your bosses, supervisors and whoever has power over your career may have to deal with problems, and this reflects on your career. Also a change of a supervisor is possible.

Travelling, and especially long distance travelling is never advised during the eclipse, and in your case even more so, as the eclipse affects directly this aspect of your life. The worst thing is that as the energies are focused there, you may wish to travel or forced to travel. Try to schedule your actual journey as far as possible from the eclipse, if you can’t avoid it for the whole period of it. Be extra careful when driving and be prepared for every possible problem during your journeys.

Your philosophy is challenged too. You may be forced to change the way you see things and life. Are you a student? Then this aspect may materialise in a more mundane way by a change of the subject of studying, the school, the schedule or something of the kind. Same thing can happen for those self-studying on their interests. 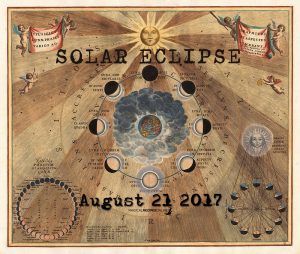 Financials are affected directly and indirectly. Mostly in a difficult way. The indirect way will be through financial changes in the lives of your loved ones. Lover or spouse most likely. Some changes will happen in the work area, especially if you run your own company. Relations with your partners, important co-workers or important clients can be problematic during this period. Don’t make haste into a correcting action. Think twice before you act. Spiritual and no spiritual studies are affected too. Changes of all kinds can happen in this area. Some by choice, some by force.

Since before the previous eclipse I keep talking about interactions with the other planes and especially the plane of the dead and death. This aspect has calmed down for most of the zodiacs, but for you is revitalised by this eclipse. Expect such kind of interactions and experiences. Just to make things clear, I don’t mean you are going to die, of course.

Marriages or love affairs are tested by this eclipse. Heavily in some cases. All problems come in light and create a great deal of tension. Even more so because your spouse or lover has to deal with their own problems too. They can be of financial or other nature. I’d advice you to be as calm and as patient as you can be. Harsh words are easy to be said, but not as easy to be forgotten.

As said for Capricorns, for you too this eclipse brings you closer to the other planes and especially the plain of death. This can happen willingly, unwillingly, through experiences or through thoughts and dreams. Whatever the case, savour the occurrence and be grateful for your existence.

Health and work are mostly affected by this eclipse. Health not so heavily. There may be some problems, and maybe the fear of some serious problems, but in most cases nothing serious in fact. If you can reschedule operations and check-ups for after the 5th of September, do so. In most cases, keep in mind that things look more serious than they are, and take a second opinion or check after the 5th of September. Even better, after 20th of September, the next New Moon.

Job changes can be minor or greater ones. They seem important to you. They can also be positive or negative. The skies promise a positive outcome in the long run, but don’t really determine how it will feel right now. Similar situations may happen for your kids.

Finally, some extra attention is needed in your love life, if you have a love or a spouse. Problems can appear or surface there, and possible break ups can also take place in relationships without strong foundations.

As we said, on the day of an Eclipse energies are very strong and not easily manageable. This eclipse is not very gentle, so if you want to work your magic, go with gentle methods.

That’s all. Have fun and enjoy your day.