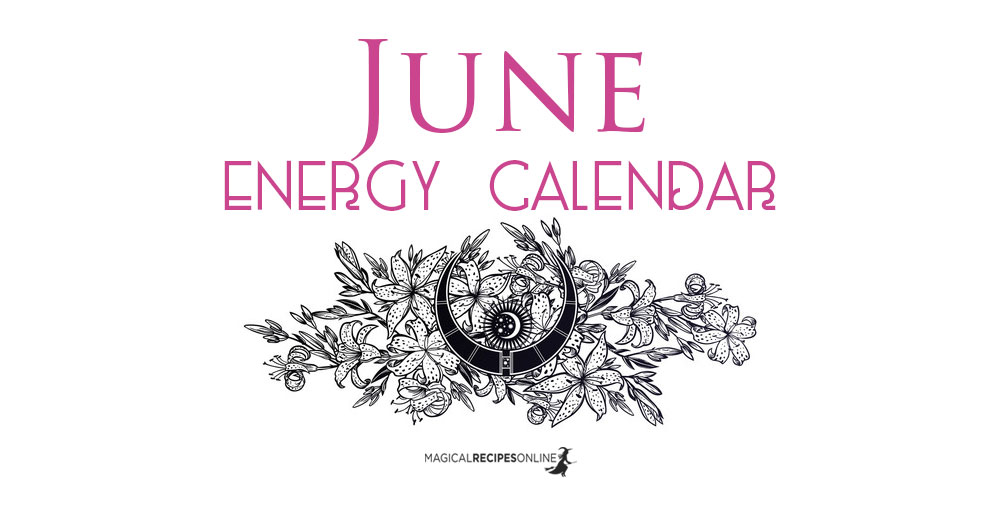 Can you believe that it’s June already? It’s been quite a year already, and we haven’t even had the heat of the summer here in the Northern Hemisphere. I know the Southern Hemisphere is now entering their Wintery phase of the year, but either way there is a lot of energy sweeping around us right now.

Lets get down to the energies that will be with us this month.
June’s Energy Calendar

* 19th June:
– The Time of the Nile Begins (Egyptian Zodiac)

* 20th June:
– The Moon enters Aquarius at 03:00
– Mercury enters Retrograde Zone at 12:11 in Cancer
– The Month of Gemini Ends (Traditional Astrology)
– The Month of the Deer Ends (Native American Zodiac)

As always with my Energy Calendars the time listed above are UTC/GMT and you can find out what the times are for you by converting these times using www.timeanddate.com