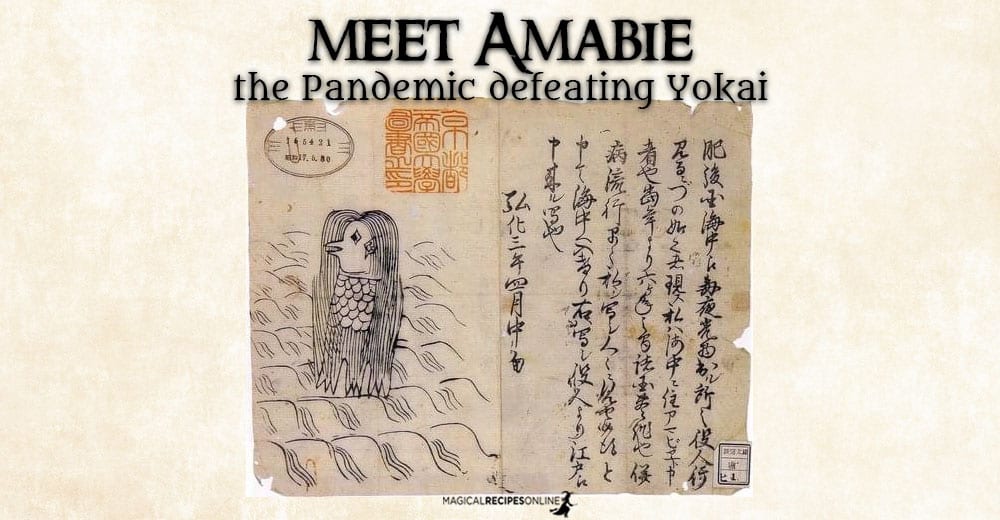 The world is full of wonders. Unfortunately, it is also full of terrors. Just like the Covid19 pandemic, human race has faced several other plagues. Most of these pandemics have been associated with spiritual agents causing them, or fighting against them. Therefore, we can find, all over the world, Spirits and entities associated with Health and its problems. Meet, Amabie, the Japanese Spirit which fights against pandemics.

What is a Yokai?

Yokai is a type of nature spirit, in Japanese Religion. Spelled like “妖怪” yokais are a class of supernatural monsters, spirits, and demons. Moreover, this Japanese term means bewitching, attractive, mystery and suspicious. Hence, not all yokais are benevolent and auspicious. Thankfully, though, this particular yokai is considered an omen of good luck.

The Story of Amabie

Who is Amabie? Amabie is actually a three-tailed (or three-legged at some accounts) mermaid or merman (male merperson) for some. S/he was first documented in 19th century, predicting abundance, followed by a plague, according to Kazuhiko Komatsu, who is an emeritus professor, working in IRCJS (International Research Center for Japanese Studies) based in Kyoto.

According to this story, an Amabie appeared around the middle of the fourth month, in the year Kōka-3 (mid-May 1846) of the Edo period. Every night, people saw, at first, a peculiar shining object floating over the sea. When officials tried to investigate what was happening, the Amabie appeared.  S/he had long hair, and a mouth like a bird’s bill. She was covered in scales, from the neck down, and she was three-legged. Later, s/he told them who s/he was, and that this kind of yokai lives in the ocean. Amabie delivered the prophecy: “Good harvest will continue for six years from the current year; if disease spreads, draw a picture of me and show the picture of me to those who fall ill, and they will be cured.”

Then, amabie returned to the sea. 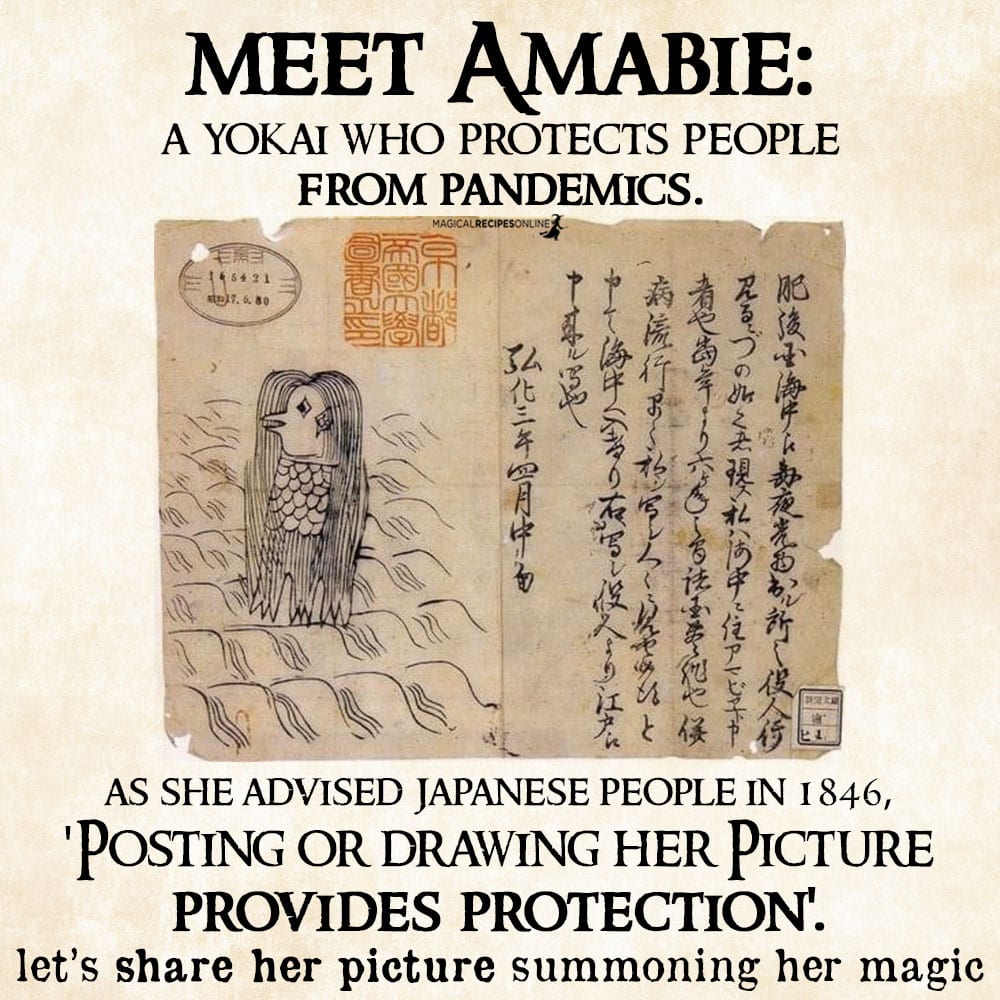 Since this prophesy, in 1846, Japanese people love ‘to draw pictures of her so that they could banish the disease’. Drawing a yokai is actually a wide spread ritual in Japan. While drawing the picture, the practitioner summons this Yokai’s power on a piece of paper, to use it as a paper talisman, called ofuda. You can see more about the Witchcraft of Paper Talismans here!

Yokais work with sympathetic (attractive) or apotropaic (banishing) magic. Hence, this Yokai, in particular, is believed to drive away any pandemic. As you can easily understand, the Japanese internet is filled with new depictions of Amabie, following Twitter’s hashtags #amabie, #amabiechallenge and #amabieforeveryone. Of course, pictures of this yokai appear on all other social media, too. Many of our Japanese friends have her in their smartphones, or printed pictures of her at their homes.

To conjure Amabie, one has to

It’s really easy, right? So, let’s call Amabie and the power of the oceans. For best results, if you live by the sea, leave some flowers as a thank you to these lovely yokais. Blessed be!

PREVIOUSSacred Animal of your Birthday
NEXT5 Secrets of the Infinity Symbol ∞