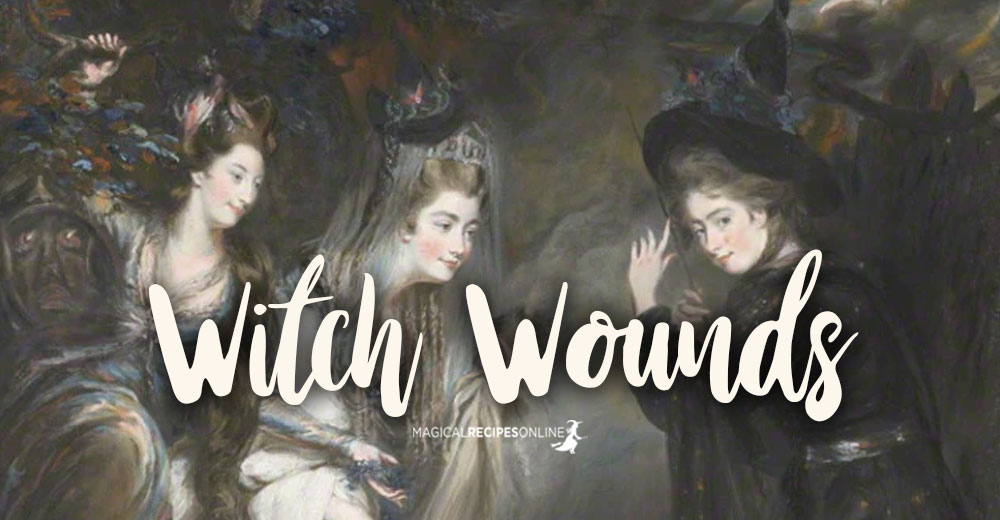 Witches are here and were always been here since the dawn of human civilization. They serve as bridges between this World and the infinite Worlds around us. Born with powers that run in them. However, what is important to know is that we might all have been witches once. As we carry the divine seed in us, this is seed often awakes us from the terrible illusions that lurk in this realm. If you read this line. Remember. You might have already been infinite lifetimes, a witch. Hence, the question remains… do you have Witch Wounds?

Past Lives as Witches

You might already feel the power in you. Or probably you might have awakened once again this power. What you need to understand is that, our lifespans may end and restart but something survives and passes on.

There are many practices that you can recall your past live’s memories and magical power. But why do we forget all our experiences?

I cannot answer you this, but I can tell you this. Just take a look at someone who has suffered a terrible loss, or has been through an extremely difficult challenge. This experience may have broken him/her. Death is not the end. It’s a portal for rebirth. See it this way. Because it’s true.

No one was (and may be still is) safe

Unfortunately this Realm is really really heavy. Although it’s full of wonders and magic, there is always something dark lurking to feast on our energy. As humanity we’ve been through terrible times. Wars, natural catastrophes…

but as Witches we also faced collectively persecutions and violent deaths. This is probably the root of our recent witch wounds.

In the ancient years many boys and girls were born remembering and practicing their magic from past lives. Moreover, in many ancient lineages, magical children were expected as predicted by the town’s or tribe’s seers. Astrology was implemented by many of great civilizations (Egypt, India, China, Greece) to foretell the coming of great witches or mages who decided to be born again in this realm. However, after the tragedy of Witch Hunts (which are still going on one way or another) witches decided to hide their traces. Hence, the witch wounds. Power was meant to be used, not to be buried.

It may sound strange to you, but it’s really possible that you’ve been persecuted and faced trials or even hard punishments for using arcane wisdom. As we’ve told you many times before, Arcane Wisdom is precious, and although many will try to convince you otherwise, truth is that they secretely collect most powerful sources of power. Either books, actual living people, animals or conquering lands of power, they lust for the sources of magic. Like sources of gas and fuel, magical powers is precious and they want it for themselves.

Did you love those diaries as kid with the lock? Probably having lots of them, different ones and waiting for a secret to write it in. This is probably a reminition of you keeping your secrets in books or carving them under the floor or behind the cupboard. Arcane wisdoms was back then also secret and witches did their best to keep it safe from people who could misuse it or use it against them.

3.You lust for economic independence

As a witch you may have lived serving kings or be royal yourself. However, in the dark ages, economic suffocation was a way to keep people away from discovering and experimenting on witchcraft. People lost their jobs, their lands, their homes. This is why many who have lived the life of a witch in past life, try their best – even from a young age – to be financially independent. Cause this wound is still open and they subconsciously fear that they could lose everything once again.

4.You overcorrect trying to be perfect

Witches in the closet, back in the dark ages, tried their best to mask themselves as devoted to local religions – playing by the rules of the society. This brought up a very common set of attributes often as excellent professionals using their social status to stay away from persecutions. Witches sometimes chose professions like doctors, nurses or midwives to hide their magical practices behind loyal and sometimes invaluable service.

5.Betrayal is the word that can make you mad

Witches got arrested, persecuted, even burnt in fire. But why did we come this far? What happened. You know where I’m going with this. Someone close to the witch, betrayed the magical secrets and this is how witches ended up in cages. These particular witch wounds caused a trauma in the timeline – like a ripple effect, affecting witch’s judgement, despising and fearing of betrayal.