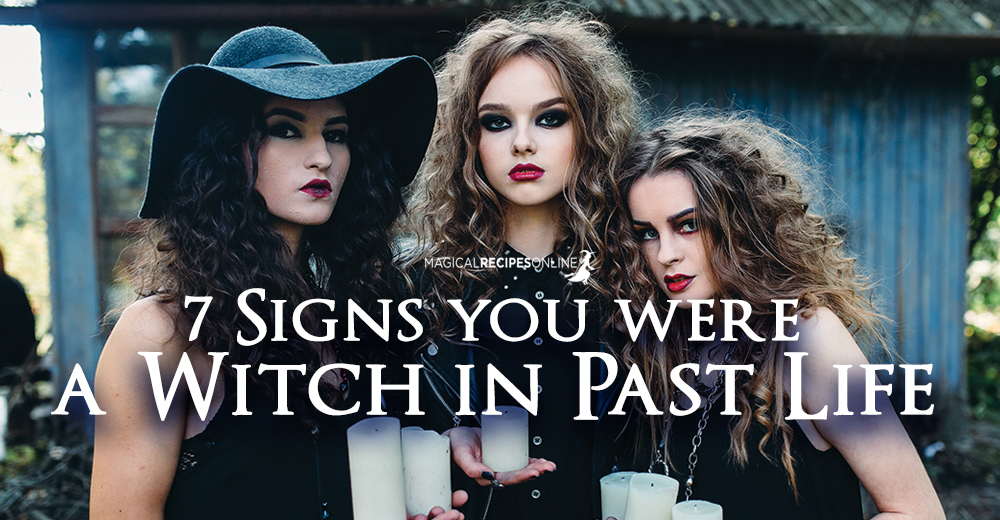 Could you’ve been a Witch in Past Life? It’s no secret that we have lived so many lives. We’ve tasted the sweet and the bitter of this world, the happinesses and the sadness over and over again. It’s rational to assume that we’ve lived as Witches, Shamans, Druids and Enchanters, maybe more than once.

Where is all this Power?

Magic is the spiritual power that lives in this world. It’s the ‘dark areas’ of this World. What is not certain. The impossible. Magic is not Good. Magic is not Bad. Magic is Power. How we use it defines it’s ‘colour’ – see here more about White and Black Magic.

This is not an excuse to use Magic for evil purposes. Being ‘selfish’ working the magical power for your benefit can be fine if certain ‘red lines’ are respected. However, during our days on Earth, we may have neglected the ‘White’ Road of Magic. We may have done some mistakes by intervening with Free Will or the Threefold Law.

Either Way, Karma is formed. Wether me made ‘pacts’ with the Devil himself or other fiends, or blackened our Karma with mundane bad deeds, a certain Bad Karma was created to this World. Hence, slowly and steadily, Magic and Spirituality was abolished.

A Witch in Past Life

The Vibrations of this World as ‘heavier’ that the higher and spiritual planes. Although there is much space for magic, this World can work without. Or at least, modern people might think so. Either Way, Past Lives have been forgotten, and our magical destiny is blurred.

Can you imagine being a Witch in Past Life? Why can’t you remember this? Well dear, there might be many many reasons. You’ve might been burnt at the stake, you’ve might been tortured, raped, kidnapped, sacrificed or murdered. Well, if you think that’s impossible, just think that these things are actually keep happening.

Signs of Being a Witch in Past Life

Lets see how many of the following signs you actually have. Starting from the weakest and progressing to the strongest ones.

Have you always been afraid of Magical Symbols? So the Question is: Does the Pentagram or the Triquetra scares the hell out of you since childhood? Well honey, this is an issue.

There are two reasons for this to happen.

2. Anything Witchy Scares you

Witches have been portrayed by the Patriarchal society as the maleficent crones who thirst for the blood of the innocent. Of course, it only shows their weakness.

The Ones who follow the Old Ways of Witchcraft have nothing to do with these false accusations. Witches are wise humans who have managed to unlock the door of infinite possibilities. And this scares the patriarchal society more than anything.

The Question is: Were you afraid of Witches and Witchy things since Childhood? If you were a Witch in Past Life, thus been hunted for this, you might be afraid of:

Well, I bet you’ve already guessed where I’m going with this. The Question is: Were you always been afraid of Fire?

If we die tragically in a past life, we might bring this fear into current life. This is documented several times in many past life regressions. Thus, if you were burnt alive at stake, you are probably afraid of Fire now – since childhood.

Hence, if you were killed in this way then you would probably be afraid of these (water, ropes, blades etc).

4. You Have the Psychic Triangle on your Palms

There are numerous sings on your Palms which show that you are a born Witch (see here all the 5 Sign of Natural Born Witches). However, this particular symbol indicates that not only you carry a heavy magical luggage full of peculiar witchy tools, but you’ve also locked this luggage. 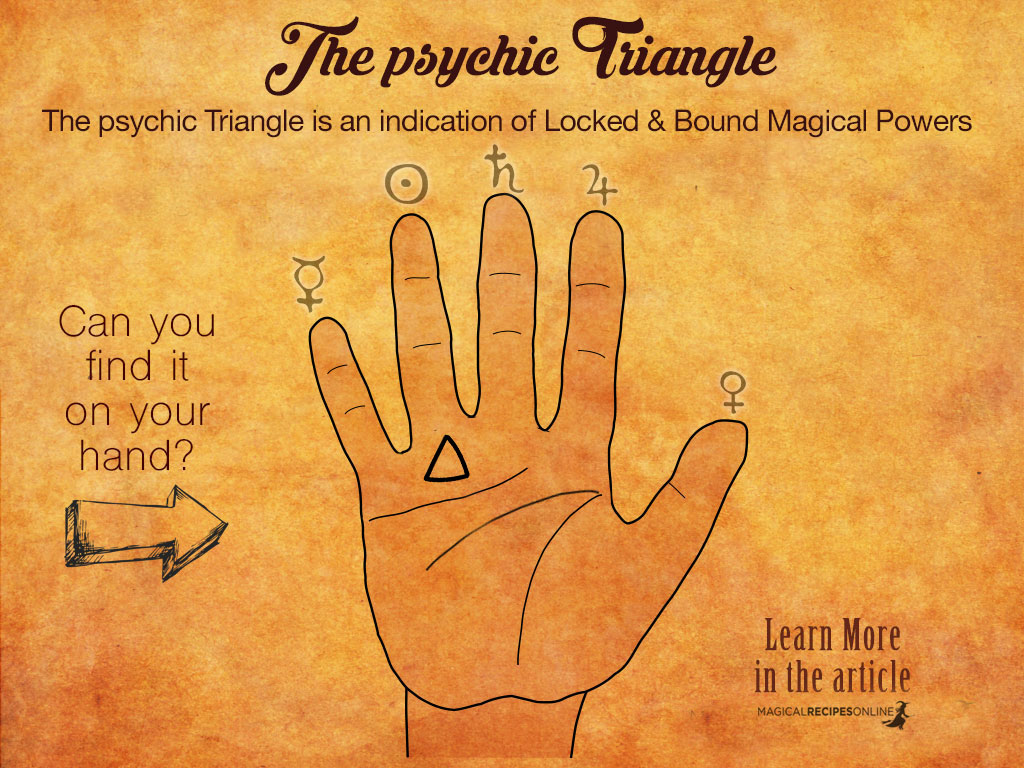 Why? Well for many reasons. Maybe you were severely punished for practicing witchcraft in the past life and your higher self tries to remind the pain you’ve been through. Or maybe, you’ve made some awful mistakes as a Witch in Past Life and your Soul tries to warn you not to further darken your Karma.  Who knows. One is Certain. If you got the Psychic Triangle, You were a Witch in Past Life.

It has been documented that once a Witch, always a Witch. Why ? Because all this power will ultimately find a way to reach your current life too. So if you were a Witch in Past Life, you probably bear these marks now too.

Witch Marks allude to genetic inheritance of our magical gifts and virtues we cultivated and activated in our past lives – Read here about Witch Marks and Signs. As the powerful soul of a Witch reincarnates, the genetic code is modified. This is how some ‘peculiar’ signs might be manifested on your body.

A weird pattern of red dots or scars forming a symbol or sigil of your previous Coven or Cult might link you directly with your previous life.

It’s very common to ‘inherit’ memories of your past lives in the current one. The most usual way to ‘recall’ your past lives is while dreaming – although more powerful ways of remember your Past Life exist (see here how to see your past Life).

Well dear, you might always been capable for great magical things. Answer the following questions. Were you born This Witchy Way? (If you have answered more than 4 – YES – well dear … you were a Witch in Past Life…!)

So the Question remains. Even if you were a Witch in Past Life… what should you do?