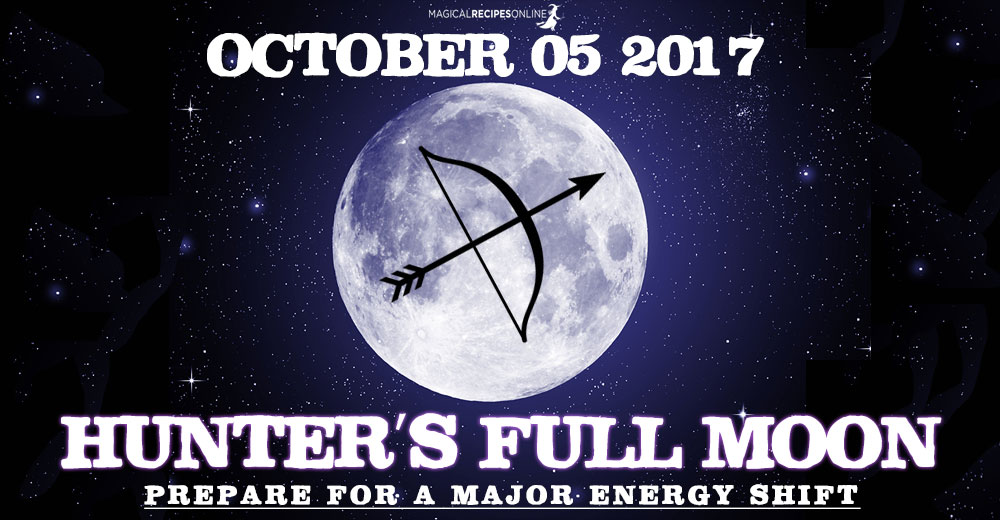 In this article we’ll see the general and global influences and predictions of the Full Moon. I suggest you take a careful look on these influences, as they affect everyone. Then, to read the predictions for your zodiac sign, click here. So, on October 5th at 18:40UT the Moon in Aries accurately opposes the Sun in Libra. This is the Hunter’s Full Moon. 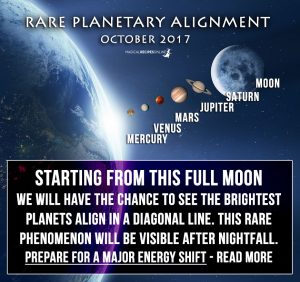 Saturn’s and Jupiter’s hexagon lives its finals days of glory. If you haven’t made good use of its blessings until now, do the best you can these final five days. Also, Jupiter is getting ready to enter Scorpio, and this will change the scenery for all zodiacs for about a year. This will happen on October 10 and Jupiter will remain there until November 9, 2018. We will analyse this influence in later posts, but I’m mentioning it, to describe the energies under which this Full Moon is formed.

Mercury has ceased interacting with Chiron, but Mars and Venus in a powerful conjunction in Virgo, strongly oppose Chiron at the moment and they will continue doing so for many days. Actually, Venus will keep opposing Chiron until the New Moon, and Mars until the Halloween. The accurate conjunction of Venus and Mars happens today, actually, giving even more emphasis on their influence on Chiron for the rest of the lunar month. Of course, on their conjunction’s influence as well, and the latter is a beneficial aspect.

Now, Saturn stresses Chiron strongly enough via a square. This is a very long lasting influence and has started long ago, but now it’s very strong. On the 2nd of November it will reach its pick, and will remain strongly active until the 6th of December. It will continue being active until 16th of January, but after the 2nd of November we won’t really feel it in an everyday way. Having the two strict teachers in odds amongst themselves doesn’t look much auspicious, but they are teachers. They don’t try to harm us, but to teach us. So be very willing to learn their lessons.

All this activity of Pluto will raise our passions, both sexual and otherwise, to sometimes uncontrollable levels. This emotional instability can cause many problems, and, although phenomenologically unrelated to Chiron’s activity, it adds to it from an other point of view. Our Magical energies will also be very potent but, them too, sometimes uncontrollable. During this period try to make as many positive thoughts as possible. Focus on positive things and what you want. What we focus on is what we summon in our lives. This is a general truth, but under the heightened Plutonian activity, this is even more true.

Extra careful should be all those suffering from depression, manic depression, alcoholism, drunk addiction, or similar addictions, as well as those who have such tendencies. All these conditions can become very active even under a beneficial strong activity of Pluto.

In the same manner, our tendency and need to feel stronger and deeper emotions, also rises. We are seeking lovers, in a way that can even become maniac. We want to connect deeper with the one we already have. The two lovers’ influence will add to this aspects, but, thankfully, will also help the situations to become lucky enough to ease our reaching our targets. This aspect will probably be felt much more by Cancer, Taurus and Aries. Slightly differently for each of them, but more strongly than for the rest of the zodiacs. Virgo and Gemini also will feel this aspect strongly.

Medicinal progress can also happen. As Pluto is in an Earth zodiac, I can’t say confidently that the public will receive knowledge about such progress, but it will take place. Since both positive and negative influences are strong, this goes for illegal drugs and poisons as well. Magically speaking, potions made and used under these influences will be very strong and effective.

I’ll stop here, but please do refer on the New Moon’s article for more information about Chiron’s activity, as well as on the whole influence of the lunar month on your zodiac. Almost all influences mentioned there are still active. What I’m going to present on the article for the zodiacs is what alterations are expected. 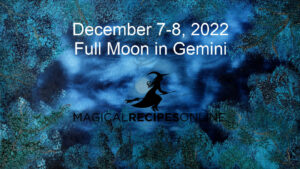