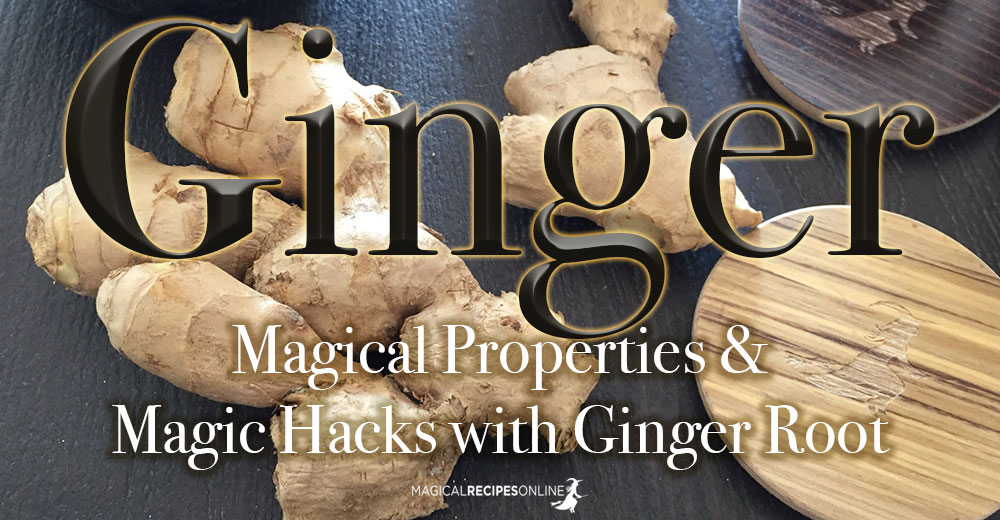 Since the Ancient Times, ginger root was used as a food preservative. Our ancestors have noticed that when food was prepared with ginger did not go bad as quickly. Hence they considered Ginger Root to be magical. It’s true that Ginger has antimicrobial qualities. Ginger is quite effective against salmonella and parasites. But that’s only the tip of the iceberg.

This magnificent root is one of the first spices exported from Asia. It is believed that Alexander the Great was the first to introduce it to the Western World. Hence, ginger arrived in Europe through Ancient Greece during the Spice Trade Age. It was extensively used by ancient Greeks and later by Romans. The English origin of the word, “ginger” comes from the mid-14th century English ‘gingifer’, which comes from the ancient Sanskrit ‘srngaveram’, which actually means horned body, referring to the shape of the root.

As you can understand ‘horned body’ is a pretty sacred word to give to a root right? Well you are absolutely right. Ginger Root is indeed sacred and used by ancient Priests and Priestesses to invoke the power of Fire.

How to Use Ginger Root in Magic

There are so many ways to use Ginger and we will try to divide them in ways one can use this magnificent and magical Root.

Basic Magical Use of Ginger Root

Get a very small fresh or crystalized part of ginger root and put in your mouth. Meditate on your desire (love, protection, magical powers, healing etch) and start chewing it. Let it’s passionate magic fill your body and aura. Keep on visualizing your desire. Finally, spit it.

Books of Shadows are full with the amazing uses of ginger. Their dusty pages tell us amazing stories of how the old witches used ginger for their magical spells and rituals.

These ‘magic hacks’ were used for ages to conjure the fiery qualities of Ginger. The Wise Ones propose these ‘magic hacks’ for all these alleged uses. Of course you can ‘invent’ your own or channel more uses from the other realms! Please, always seek professional medical help when facing health issues.

Use Ginger in Potions

Use Ginger in ritual Food

Use Ginger as magic Incense or in Perfumes and Aromatherapy