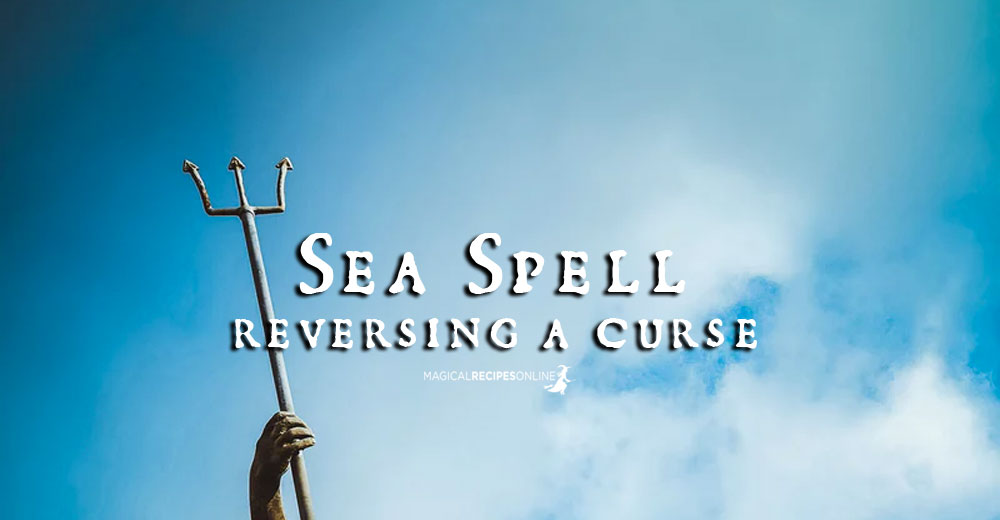 The Sea is known for her unimaginable powers. Every Sea, every ocean is a living deity with multiple powers. Ancient Greeks knew that, this is why Poseidon – god of all seas – was considered the most powerful God, second only to Zeus. Zeus, Poseidon and Hades were the greatest and strongest Gods – each reigned over the three kingdoms, the Sky & Earth, the Sea and the Underworld. There are many witches – also known as Sea Witches, who only practice Witchcraft using elements of the Sea and shores. Sea Witches are considered extremely powerful. This is a simple Sea Magic Ritual, designed to break negativity and bad luck from you.

Sea Magic is known for many many powers. We will guide you through unlimited powers of the Sea. Some of her magical powers are:

Let’s use some sea magic to break a curse. Please bear in mind that not all curses are the same. It depends on many things. Of course, this ritual, if practiced daily can help a lot, to reverse and/or completely break a curse put on you.

Step one: Signs of Curse?

Signs of Curse? You can use this guide to spot signs of curse put on you. If you believe you are cursed go to step two.

There are many divining spells to help you foresee a curse. However, we decided to give you a simple ritual – using just one egg – to see if there is a spell on you. Well, if the result is positive go to step three.

Step three: All you need is Sea & Sun!

All you need is the Sea (or just Sea Salt) and the Sun.

It’s better if you start the spell on Waning phase of the Moon. This is the time of the Moon Cycle we use to break or banish things. (Sea more about the phases of the Moon here).

If you live by the sea, it’s better to visit the coast and get some Sea Water (providing it’s clean). However, you can make some Sea Water by adding Sea Salt in plain tap water.

Get bowl and fill it with tap water. Now, get a dish a pour some Sea Salt on it. Take a pinch of Sea Salt with your right hand and throw it in the bowl of water stirring with your fingers of your left hand – while on Prana Mudra –  clockwise. Repeat for 7 times overall. Dedicate the water to the powers of the Sea, Poseidon or any other deity you trust.

This potion is Sea Water, yet some witches call it potion of Life & Death. It is believed to be very powerful in many kinds of rituals.

Whether you’ve gathered some sea Water or made some yourself, you are ready.

Get naked in a private room or house or of course a safe beach (if legal). Now, get your fingers in the bowl of water and sprinkle the Potion of Life and Death, anywhere on your body (avoiding any open scars as salt can hurt al lot ) forty times overall. TIP: You don’t need much water, even one drop does the trick! Just remember to repeat it forty times! 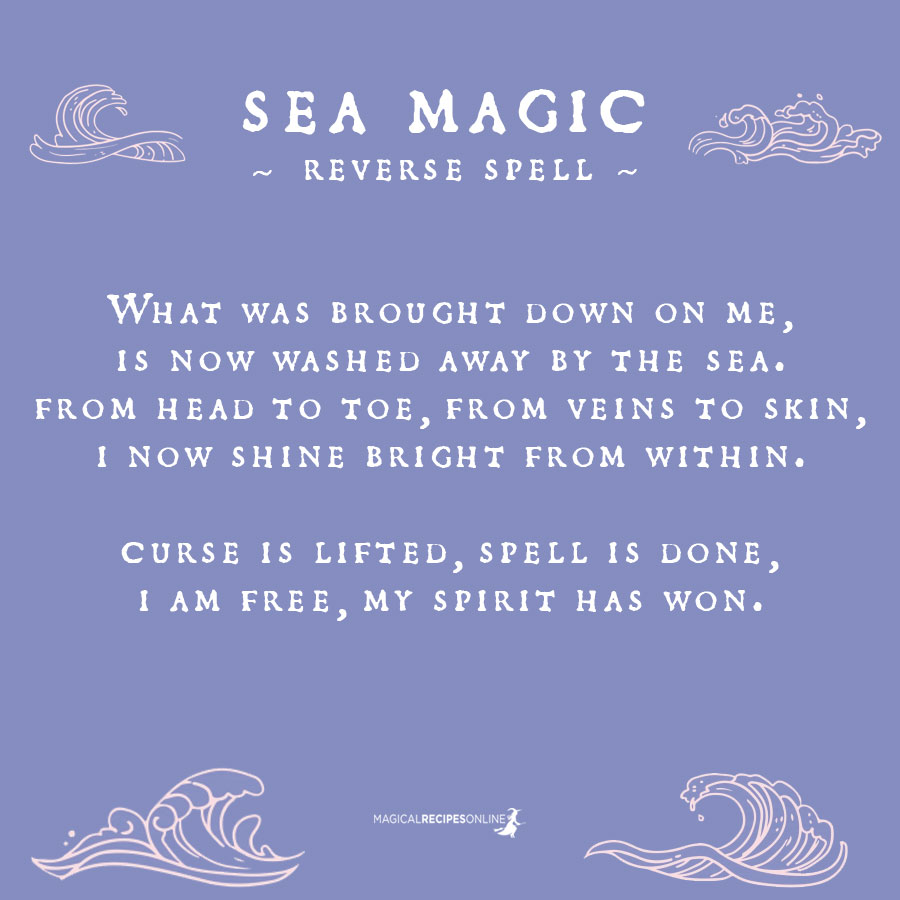 Now close your eyes and meditate you float on the sea, peacefully while the Sun rays make your body glow. Visualise the power of the Sun and the Sea cleansing you from the inside out. Keep on visualising it. You becoming the Sun and the Sea.

Leave an offering for the Deities and the Spirits of the Sea who helped you. Flowers or baked cakes are amongst their favourites.

The Spell is Done.

PREVIOUSCord Cutting Spell – How to Repel Negative People and Contacts
NEXTShapeshifting. How Witches Change(d) into another Form