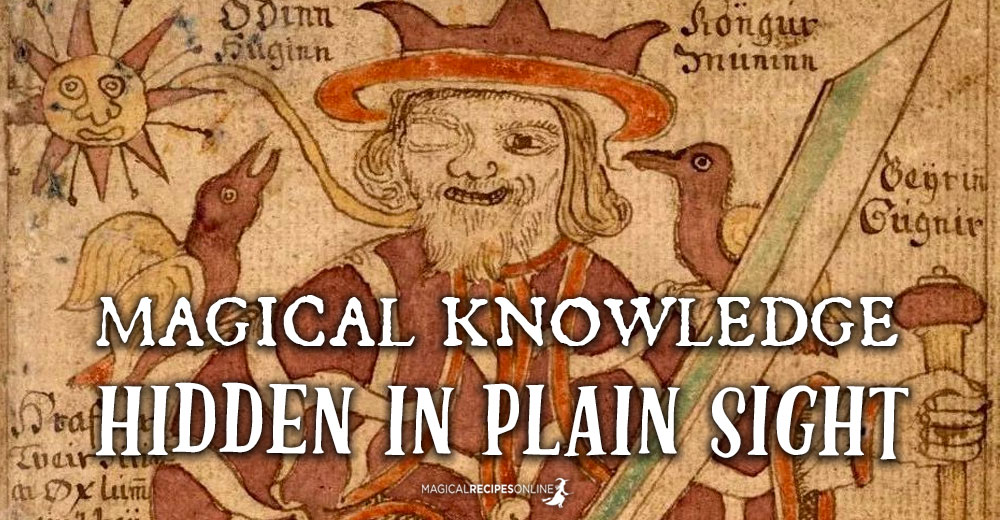 It’s true that this is World which has never actually cut off from the Old Ways. In fact so many things we still do, reflect on the Old Religion and our Witchy Ways. Therefore, we decided to publish an article, on all weird things that actually got Pagan Origin or even Witchy! This is going to be really really fun!

The list is endless. We could keep going on and on about it but we chose 5 facts which make more sense to almost anyone.

1. Why do we Wink to signal about secret knowledge?

A Winker actually signals the Winkee that they share or s/he is about to share some secret knowledge. It’s not obvious why or what it is, but this is a sign to immediately question reality. This is an awakening call. If you really think about it, it’s already pretty weird.

Wink & the one eye of Odin

Odin is the mighty and wise father of Norse Religion. God of Wisdom, Healing and Victory he is beloved in all germanic traditions. He is famous for his thirst for Wisdom and magical knowledge. According to one story, Odin was travelling again in his quest to expand his awareness. One day he ventured to Mimir’s Well, located beneath the world tree Yggdrasil. The Guardian spirit of this well, whose wisdom and magical knowledge for the Realms was unprecedented, greeted Odin. Odin asked for some water. 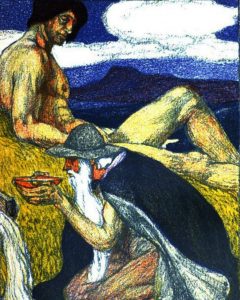 I know where Othin’s eye is hidden,
Deep in the wide-famed well of Mimir;
Mead from the pledge of Othin each morn
Does Mimir drink: would you know yet more?

The mystical creature, knew exactly what Odin was asking and he tried to make is as hard as possible. Thus he demanded his eye. Odin was asking for true and absolute wisdom and the price seemed fair for the Guardian. However, Odin gave it instantly and the Guardian gave the God of Wisdom what he was asking. 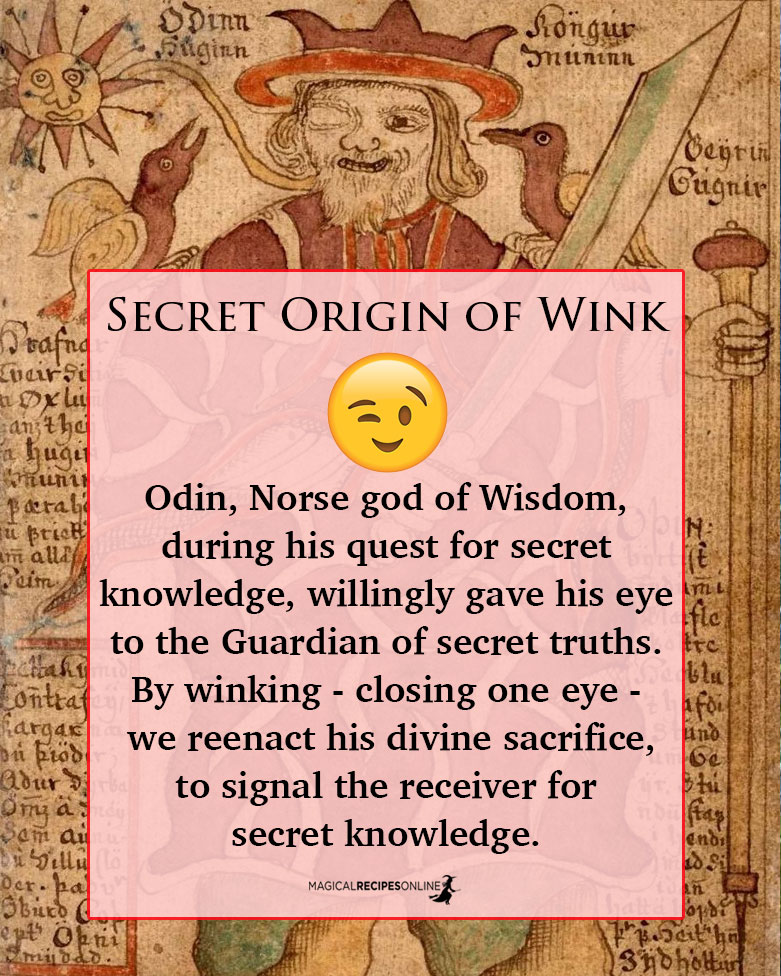 In many ancient depictions, and due to the fact that odin has one eye, he seems like he’s winking. This is where the ‘wink’ came from. As Odin lost his eye for hidden truth, we reenact his divine sacrifice by winking, to signal someone for secret knowledge.

2. Why do we give the ‘middle finger’ to insult someone?

Greeks understood the power of sex & sexuality, thus sexuality was part of each God’s powers. Thus, the ‘Phallus’ aka the erect penis, was a symbol of great potential, a power which could fight every demon, reverse bad luck to golden opportunities and create a new and successful beginning in everyone’s life.

Indeed, the middle finger, represents an erect penis. Middle finger also known as “digitus impudicus” or “the impudent finger”. Saint Isidore of Seville explains in his Etymologies that the third finger is called impudent, because it often expresses vexation, insult. But why ?

This rude gesture actually dates back to ancient Greece. This was a sacred and magical gesture – something like a Mudra. Greeks used it to instantly counter any negative activity and dark arts which targeted them. Just like the statues of Phallus in crossroads and anywhere, they did it to repel dark magic.

Therefore, by ‘giving the middle finger and insulting’ the receiver we actually attempt to bind his/her power against us.

In the ancient World, astrologers and mages worked with the energy of the ‘7 Planets’. These 7 celestial bodies – which are not all planets – embody the diverse magical forces and energies from which everything is born into creation. Each ‘planet’ has a distinct vibration which can be directed and channeled in every magical work.

Each of the seven Days of the Week represents each of the ‘Planet’ of Astrologers and Witches which of course correspond to one God.

Tattoo is an ancient form of art appearing in different ancient cultures throughout history. Our modern word ‘tattoo’ comes from the Tahitian word tatau which means “to mark something”. Does this remind you something? Maybe the Witch Marks?

Tattoos are in fact Witch Marks

Tattoos are similar to the Marks of the Witches. It’s a sacrifice we make to our bodies in order to connect deeper with what the symbol we chose represents. An eternal mark on our mortal bodies which can also pass through our incarnations. So please, before you decide which tattoo to do on your body, choose wisely the meaning and symbolism!

5. Why do we wear our wedding ring on our ‘ring finger’ ?

Haven’t you always wondered? Why do we choose to put our Wedding Rings on the ‘Ring Finger’? Well, as you can understand, the name of the finger itself actually implies its participation in Wedding Rituals.

Why a Golden Ring on Ring Finger?

This part of Wedding Rituals actually dates back in ancient years. First of all, the Ring, symbolises the Wholeness and Unity. It’s the perfect shape of Alchemists and it’s linked with Ouroboros – the symbol of eternity.

Therefore, in Wedding Rings, we conjure the blessings of Apollo and the Sun, the bring timeless happiness.

PREVIOUSAre Mermaids Real ? (Quick Answer: YES!)
NEXTWitch Bells and how to Use them