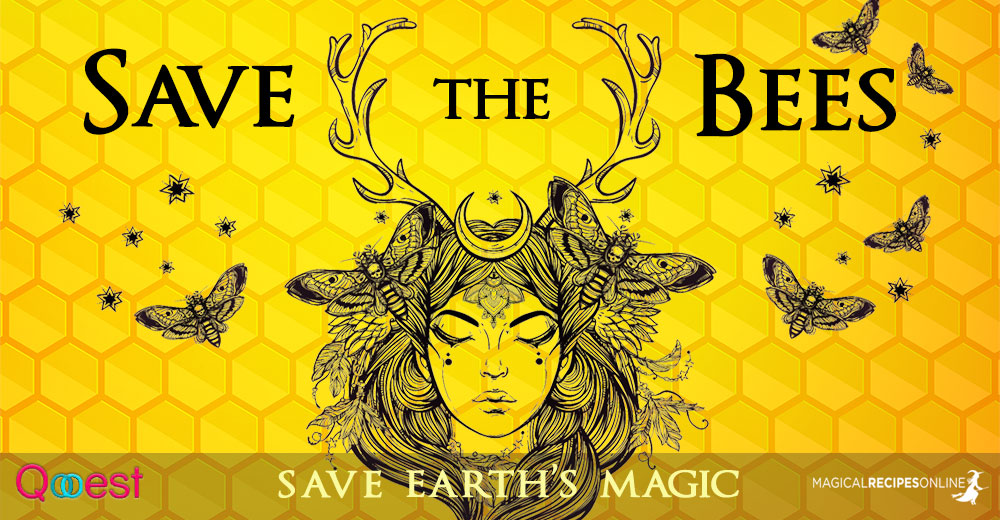 It’s extremely important for this message to be spread all over the World. You see bees are in danger. Hence the whole world is in danger. Why is it so important to Save the Bees? Well my dear Albert Einstein said that “If the bee disappeared off the face of the Earth, man would only have four years left to live.” Why? Because bees are responsible for the pollination of the majority of plants. If bees go extinct so does this procedure. This ecological armageddon is something that can end our race.

Are Bees in Danger?

It was not that long ago (in 2014) when a mysterious disease appeared. It was named ‘colony collapse disorder (CCD)’, a infectious disease that was ravaging US and European honeybee hives. Although this plague seemed not to worry us anymore, the gradual pollution of our planet steadily leads the bees to extinction.

Hence, the extinction of bees is similar with the decrease of Earth’s magic and the desecration of Mother Nature. Our race is polluting the planet causing imbalance in Nature. This is exactly why fairies started to drift away.

Why do we Need to Save the Bees?

We saw extensively what a great gift from the Gods, honey is. More importantly, we saw why bees are so important.

Bees are Sacred Animals to many Gods

Bee, an insect so sacred that Zeus Himself, the All-mighty Olympian King of Gods, blessed them by granting their sting to be protected from Men. Well… Zeus turns out to be more fond of Men and then he “added” the fact that once a bee uses her sting, she loses it forever along with her life.

There are many important stories in the Greek Pantheon which underline the importance of this magnificent creature. Apollo, God of Magical & Medicinal Arts along with Divination, was believed to have Mastered the Art of Prophecy with the help of three Primordial Nymphs who were also identified as Bee Goddesses, known as Thriae (θριαί). Those Nymphs nurtured Apollo as an infant and later became his powerful Priestesses. This is also why the Priestesses of Apollo were also called “Bees”.Aristotle loved to say that honey is “dew distilled from the Stars and Rainbow”. 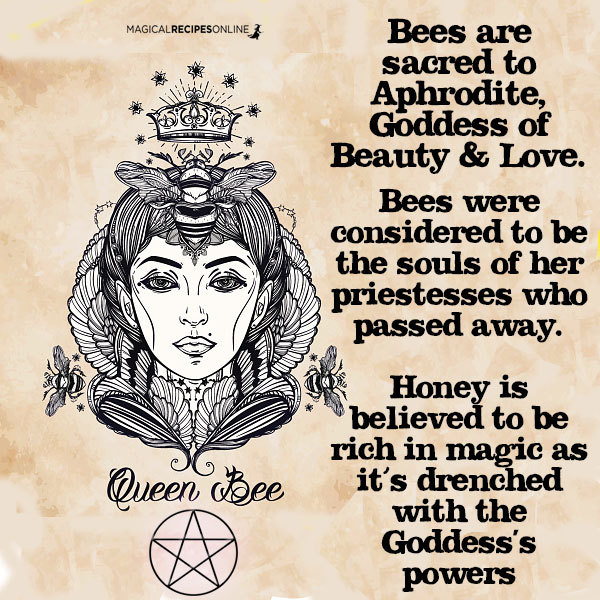 In ancient Egypt, honey was considered a sacred offering (probably its rarity played a decisive role) used to sweeten cakes and biscuits, and was used in many other dishes. Ancient Egyptian and Middle Eastern peoples also used honey for embalming the dead. The fertility god of Egypt, Min, was offered honey.

But scientists now more much more facts about bees. Are you ready to get impressed?

Facts the make you Love Bees:

Substances from the bee’s string receive great attention in the Medical community. Cures for cancer or AIDS could be made from the venom.

It’s important to understand that bees actually have a will of their own. Bees have feelings as shown in 2011 study.

Not only can they recognize and tell the difference of who is who, their amazing ability has been studied in order to develop face recognition patterns.

It’s amazing but it’s true! Bees can actually age backwards if necessary defying every law of nature we actually know. This amazing ability is under research in order to develop cure from diseases like dementia.

This was an amazing discovery made from Karl von Frisch. He actually received the Nobel Prize in Medicine in 1973 for deciphering the language code.

Save the Bees – Save the Magic

There are many interesting facts surrounding the bees. The Ancient people did know about the complexity of their societies and this amazed them a lot. There is a lot of folk magic surroung the bees. Let’s see a few.

Ways to Save the bees:

There are many ways in which you can help the bees. It is important not to use products with pesticides especially when flowers are blooming. These substances can actually kill a colony.

More importantly you can create a fairy garden on your house in order to welcome and support these winged creatures. You can place baths and plant flowers that attract bees. Furthermore, flowers with vibrant color and scent are believed to attract bees (and fairies). Especially the ones with blue/purple and white color. Also, you can choose flowers with lasting bloom period.

Plants Which Attract Bees (and are also useful in magic):

PREVIOUSThere is no such a thing as a ‟Blue Monday” if you live in magic!
NEXTChoose an Alchemical Symbol – See what Your Soul Needs