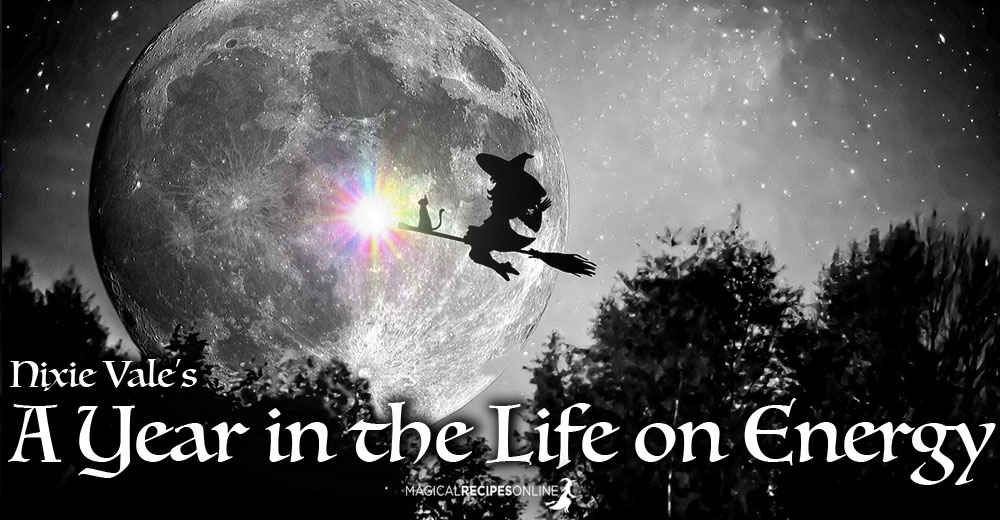 The sun waxes and wanes as much as the moon does, it just takes longer for the Sun to pass through each of it’s phases. Let’s look the circle of the Sun in the Year.

☯ At the Spring Equinox the length of night and day are equal in length.

We can easily prepare ourselves for these gradual changes throughout the year, but during a solar eclipse we can often experience all of these energy changes during the progress of the eclipse. The Sun goes from being fully visible, to being hidden, and once again fully visible, and this rapid change can be like passing though a year’s worth of energy in a matter of minutes or hours. It can be very hard to prepare for an eclipse of any kind, but I have always felt that Solar Eclipses have a certain unique energy.

You don’t have to literally see the eclipse to be at the mercy of the energy that will be flowing. Yes, only a certain area of the earth will be able to see the eclipse, doesn’t mean the Sun will disappear from the rest of the world. The energy that will be flowing around the locations that CAN see the actual event will still flow around the rest of the world. To add just a little more energy to the mix, it is a New Moon event, which means you will also be aware of the energy that is characteristic of the New Moon. This means that you will not only be able to work with the Eclipse energy, you will be able to work with the New Moon energy too.

There is one thing that I love about Solar Eclipses is you can work with the Masculine energy of the Sun with the Feminine energy of the Moon at he same time. For me it is a very tumultuous time, but when you move past that you will feel an energy that is similar to an embrace, as the Sun and Moon dance in the sky for a short time. The real drawback to a solar eclipse is that the warm life force energy that emanates from the Sun is blacked out, or blocked during the Moon’s procession.

? You may feel your energy levels drop.

☀️ You may feel an unusual fatigue that takes you by surprise.

? You may feel a disconnection to the Universal Life Force.

This only happens while the Moon passes between the Sun and the Earth. It has been known to happen for as little as a fraction of a second before righting itself, or can last for hours.

During an Eclipse I always recommend preparing yourself as much as you are able to, and if you are sensitive to energy shifts. Personally I choose to use crystals to help me combat my sensitivity. I am a child of the Sun, and during Eclipses I feel the loss on a deep level. I carry Citrine, Amber and Sunstone as they have a warming energy. I tried using Imperial Topaz one year and this crystal essentially gave me Energy Whiplash because I wasn’t expecting the vast differences in the Eclipse’s energy and that of the Topaz. I know that an eclipse can magnify the feelings of anxiety and from my own experience I would use Howlite, because I have found it useful in the past with my own feelings of anxiety.

PREVIOUSWill you fulfil your wish? The Wind and Ashes Ritual
NEXT9 Signs a Certain Someone is thinking of you