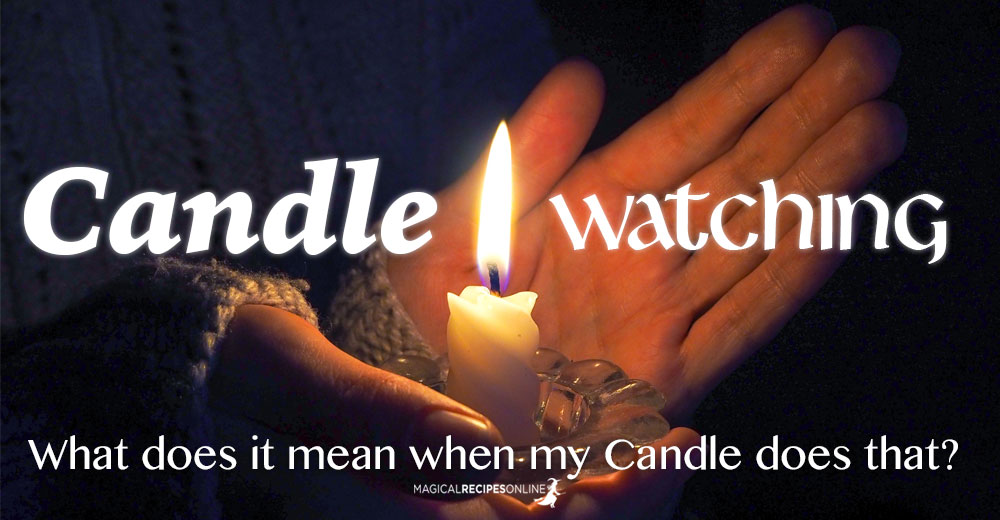 We’ve all been through this. Setting up our candles for a spellwork and watching them dance, or flicker or burn in a very unusual way, wondering what does it mean. But why do we instinctively believe that a single move of the flame is an omen? Moreover, why Candle Watching and seeking signs within the passionate flames comes so natural to us?

In a way, Fire, is considered the most spiritual of the four Elements, only surpassed by the fifth, aether, the spirit! According to the Ancient Greek religion, Prometheus, our forefather, ‘stole’ the fire from the Gods and brought it to humans who were suffering without it. 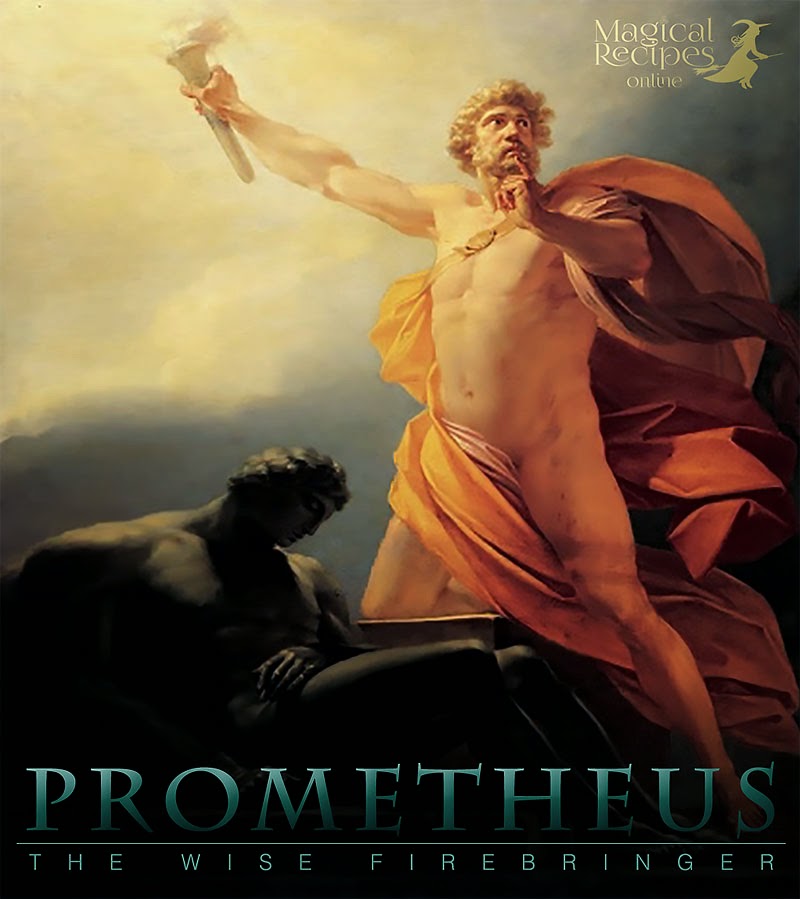 Prometheus, the wise Firebringer and our generous Forefather

Fire is also a symbol of power, magic and awareness. Only then Humans were able to understand their divine origin, and through fire, the other 3 elements were combined in balance.

For this reason, the Witches always believed that they can communicate with fire as this was also a way to be empowered by this mighty element.  One of the simplest forms of this communication is Candle Watching. Also, it is considered one of the most ancient & powerful forms of divination.

So let’s get to the chase. Candle Watching can be divided into active and passive.

When performing a spell it is very important to pay attention to anything around you. The wind, the clouds, the birds, the dogs and of course the candles. This is called ‘Synchronicity’ and Witches believe that all Magical Works transcend space and time as they are not limited by the material realm. Therefore, strange things happen very often when we perform spells.

In other Words, pay attention when you perform spells related with candles. The following signs should be interpreted.

This is considered a form of divination itself. You take a white candle, you charge it with the powers of Divination, anointing it with a divination oil. Τthankfully you will soon have the chance to buy one from our upcoming e-shop, so stay tuned!.

White candle symbolises the truth and this is why we prefer it. Alternatively you can use purple or yellow candle. Then take some time to think of your question. After this, you light the candle and ask the question thrice, out loud. Then you observe the flame for 9 minutes and you extinguish it safely.

…So let’s get back to Candle Watching:

Generally, the simplest & cleanest the candle burning, the more auspicious the omen. It is considered that a stable, continuous flame without producing smoke is a sign that everything is going to go as planned.

What you are asking is out of your reach. So out of your reach that the flame advices you to turn your focus towards something more applicable and/or realistic. If you are about to cast a spell, maybe the spirits are trying to protect from a ‘wrong’ spell or from draining your energy. Ground yourself and ask guidance.

3. Candle snuffs out on its own

This is considered the darkest of omens. According to fire Witches this is a sign that another force is so much greater compared to our intention that I will not let this happen. We should look for alternative ways or dig dipper. Try a different way. Not the same. Or maybe combine them! Ground yourself and ask guidance.

This is a sign that something about your purpose is not clear yet and it requires more effort from you. Spirits of fire are telling you that need to work harder and/or the spell is not yet completed. Repeat the spell and double your physical effort.

White smoke is a sign that a good force works by your side for the same purpose. You share the same goal and spirits are here to help you out.

On the other hand, black smoke is considered a dark omen. Evil forces, spiritual or physical, or simply forces who want exactly the opposite of what you are asking work with focused intention. You have to surpass these forces.

7. Candle Flame explodes or accidentally something catches on fire

A weak flame burning is an indication that your intention is not strong enough to succeed. You need to be more focused and empower yourself before trying again. If there is a spell you are casting, you need to find a stronger one or master it!

When the flame makes noise is most usually an elemental spirit of fire trying to communicate with you – most likely about your intention. You need to ‘open your psychic ears’ and listen to what the spirits are trying to tell you. It also shows obstacles that need to be surpassed.

If you start noticing weird colours of the flame – especially blue – then spirits not only are present but they have joined you. Therefore, if a question asked, the answer is that spirits have been convinced and they will help you. Moreover, it may mean that ancestral spirits of even angels can guide you towards success.

So, please leave an offering to these spirts right away. (Check here for possible libations)

This rarely happens, however it is a definite sign that you need to be extra careful. Usually you should end the spell and begin grounding yourself. However, you should also ask for guidance, as the stimulus is so great that you should search for more about what you are asking. Tarot may help you!

This is a clear omen that another person is between you and your target. However, it is not clear if this person is for or against you.

If the candle burning is accelerated then it is a sign that you will soon enough be blessed with what you’ve asked. However, it may not last long.

On the contrary, is the candle burning is slower than anticipated, it’s a message that what you are asking is coming your way, yet it will take more time than you initially thought.

Witches consider this to be a crystal clear sign that you are on the right way. Moreover, your current spell is really powerful and your energy was sufficiently focused.

You are wasting your energy because you probably cannot direct it in the right way. Probably your purpose is not sophisticated enough or the means you are using to achieve can be insufficient. Moreover, it can mean that other forces  – probably parasitic ones – are attached to you draining the energy of the spell and/or intention. You know what to do… BANISH THEM!

PREVIOUSMirrors of the House. Superstitions and Real Witchcraft
NEXTConnecting to Your Deities