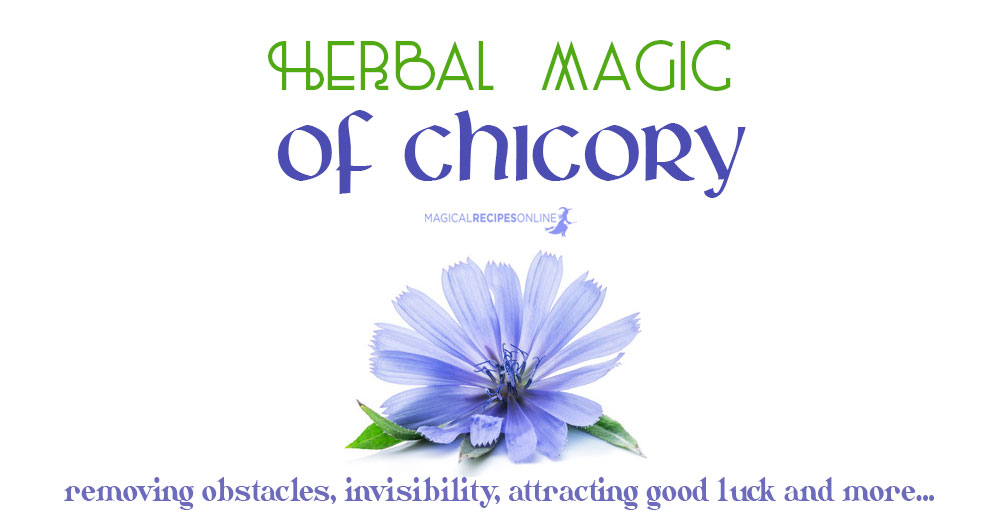 Chicory, Cichorium intybus, is a very common plant of the dandelion family. We usually see it with bright blue flowers, colouring walking paths and country roads. However, it seems that this humble herb, is reputed with many magical abilities. It has been used by the Wise ones since Ancient Egypt as it was believed to have many beneficial and healing abilities. Since then, Chicory has been used in Ancient Greece and Romans too.

Interestingly, chicory’s magic has also enchanted Christian monks, which used it as a substitute for coffee in the 10th century. The root was cleaned, peeled and roasted in ovens. After that, they used to cut it in slices and boiled with or without coffee. Some still use it in coffee blends as it enhances its taste.

As we’ve already said, Chicory is believed to possess many healing abilities. Therefore, it was used by folk-doctors in many conditions. Always consult with your doctor before trying anything. Lets see some of them:

According to old grimoires, chicory is a marvellous herb. However, it needs to be treated in a special way in order to be potent. Let’s see some of its correspondences.

PREVIOUSFood Cravings & Magic. What Does it Mean if you crave for Sweets (etc)?
NEXT7 Signs You Are an Old Soul