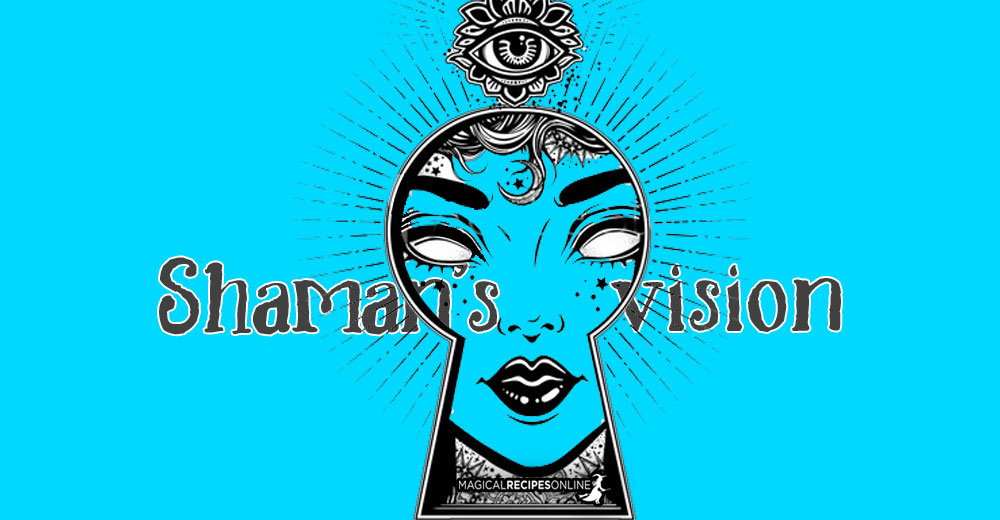 It’s widely known that Witches question the ‘reality’ we live in. This is how they can actually bend it. But why are they not attached to it like most people do? Because they know that this is just one of several Realms, which co-exist and interact with each other like a continuous chemical – or better alchemical – reaction. So how to get Shamans’s Vision is in fact how to feel the other Realms.

The Realms of a Shaman

It’s true that there is not just one plane of existence. Moreover they are not easily distinguished. For example, the Realm we live in, the material one, has many portals from witch one can move from one plane to another.

It’s not just a mater of where are these portals but also when. Some times, it requires both.

So first, to know how to get Shaman’s Vision we need to know what realms exist. Some of them are:

The Portals of the Realms

I’ve been before one portal once. Unfortunately I didn’t have the guts to go through it. But exactly because of this experience, I can assure you that they exist. After all, Magi, Witches and Kings & Queens have been looking for this portals for so so long. However, I must warn you that passing through these portals with safety requires experience and potent magical skills. So before you try them you should first develop these. But we will talk to about the Portals in another detailed article.

What is Shaman’s Vision?

This is a very huge topic. So please let me refresh some of these important issues.

Who can have Shaman’s Vision?

Anyone can become a shaman. Male or female. Actually shamans can be exclusively males or females according to the tradition.

Of course depending on the tradition one may go through several tests before. However, in general terms, shaman is one who can perform several amazing things, who is predestined to do. This is why most have experience some Signs. See here the signs you’re probably born to become a shaman.

How long does it take to become a shaman?

It certainly takes a long time in order to become a fully functional shaman. Most of the times there is a teacher or arch-shaman who has his / her apprentices. From initiation till graduation can take several years. Although there are many who claim to make you a shaman in a weekend, is actually not easily applicable. Because even if you experience all the majestic powers of a shaman, it’s still yourself you have to work with, in order to change all the things that – right now – forbid you to ‘see’ what a shaman sees.

Can anyone have the Shaman’s Vision?

Well, yes and no. Yes because everyone has the potential. Everyone is born with a spirit and magical powers. Probably in some of your past lives you’ve already been through that. Hence, everyone could potentially obtain the shaman’s vision at least at some point.

In most traditions, this begins in initiation. However, most have already felt it in some way or heard the ‘shamanic call’. Furthermore, they may already be fully-functional shamans long before their initiation. Of course, these are rare cases and most certainly are linked with past lives. Most initiation rituals consist of two parts.

The first part is called the ‘death‘. During this part, one voluntarily sacrifices something. Although in modern religions this is usually symbolic, in many shamanic traditions one will go through  an ecstatic state, where spirits will rip out the apprentice’s soul – or at least a part of it – and then, they will create another one. ‘Death’ refers to the end of the old ways of your living, your current lifestyle.

As we’ve already explained, Awakening does not always feels like a path or roses. Well, the thorns are real alright. This is exactly why it’s called this part ‘death’. Cause that’s how it feels like. They don’t bother ‘sugar-coat’ it at all.

In this second part, the spirits re-assemble you in a new and more powerful form. This may be instant or you may need to pass some tests firsts. Either ways, this is a very empowering procedure.

As we’ve already discussed, getting the Shamanic Vision is clearly not something one can do in a weekend. It requires a change of lifestyle and a devoted soul. However, Witches love create by-passes in order to achieve their goals. This is why spells are for right?

Although it will give you a glimpse – or more – we should tell you that you should be able to handle what you will see. Seeing is believing and as said a million times before, awakening can be scary although rejoicing.

There is a herb we use in Witchcraft, called the Eyebright. It’s actual name is euphrasia officinalis which comes from the name of a Greek Goddess, called Euphrosyne. She is one of the Charities and possibly a great Goddess. According to Hesiod, Euphrosyne is the daughter of Nyx (Night) and Erebus. 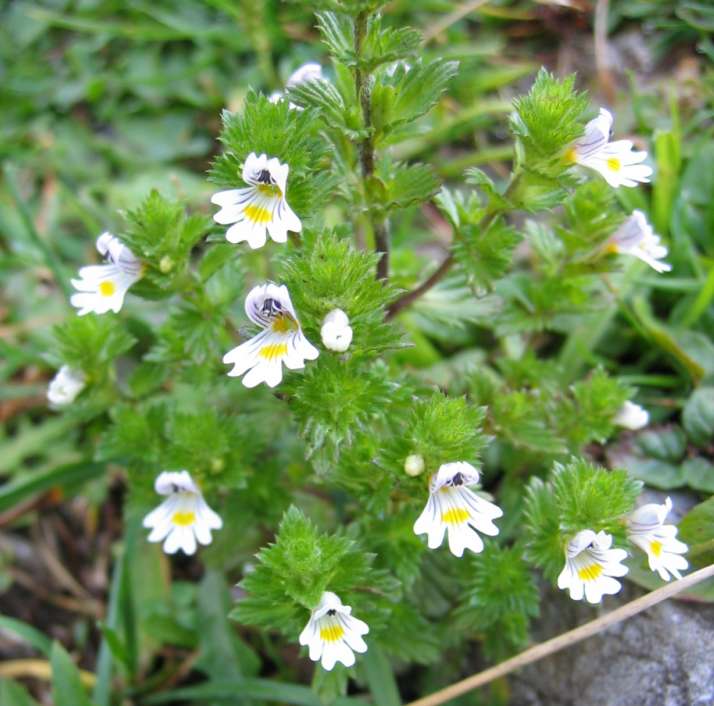 So, on the night of the Full Moon, you get some of this herb. You create a very strong infusion.

For additional power you devote it to the Goddess Euphrosyne and you ask from her to give you the Sight. Providing you are NOT allergic to the this herb, just place one drop on your eyelids carefully – it doesn’t have to touch your eyes. Just your eyelids would do. Also, you don’t need much. According to the lore of the Witchcraft, this helps the witches see what is unseen.

Try it before you go to sleep. You will probably start having prophetic dreams. Note what you see. Later you might experience glimpses of the Unseen.

If you ever get scared just stop putting on the magic potion. Remember, the Shaman’s Vision is not for everyone. You can always use an herbal blend to enhance the ‘Sight’ like one we’ll be bringing you in our Shop really really soon.