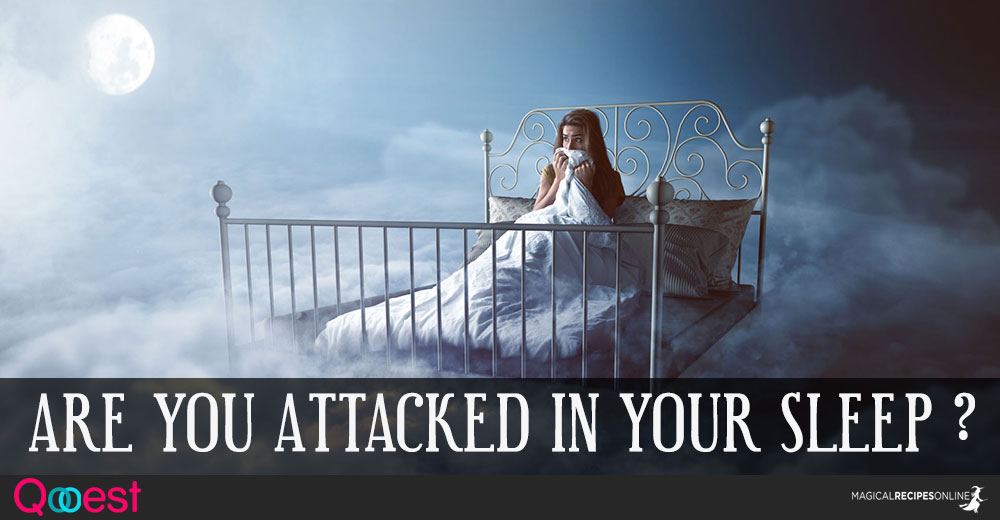 When we are Sleeping, we tend to be more sensitive to psychic phenomena as we tune down the mundane. Our brain is programmed to work mostly with the material world. Therefore, when in sleep mode, our magical self wakes up and is ready for some interesting journeys. You see, our Soul thirsts for Magic. And Magic Exists, whether we believe it or not. There our numerous entities out there, both good or evil, and we have already encountered them.

Forbidden Wisdom – Are you Attacked in Sleep?

Ancient Egyptians believed that our body has several mortal and immortal bodies within. One of the Bodies is called Ba. Although is often translated as Soul, that’s not the whole truth. Ba was depicted as a bird with the head of a person. The Ba was attached to the body, but released after death and/or sleep. Egyptian Mages and Witches used their Ba or channeled other entities Ba to perform magic. What Ba ‘sees’ or experiences can be translated back to feelings.

There are many signs when we are attacked during sleep. Some of them are:

Keep waking up during the “Witching Hour”

While in Sleep Paralysis you ‘sense’ negative entities

You wake up with scratches / bruises all over you

Are you Under Attack?