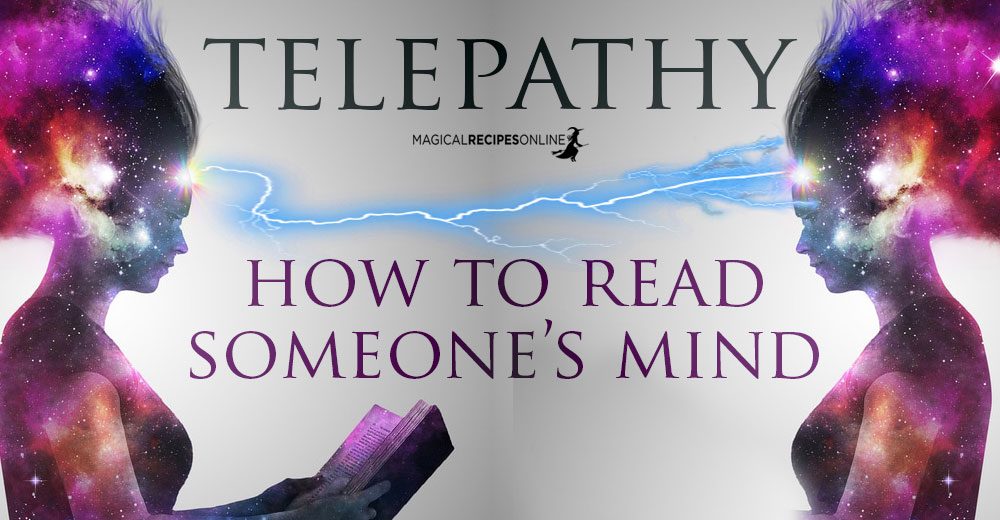 “I wish, I could read your mind”. This is a phrase we have almost all said or thought at some point. No matter how well we know our loved ones or friends, what is going on in their brains remains unknown to us. This seems to be the ultimate boundary of our knowledge about the other person. But is the thought of the other an unreachable realm?

No, not at all. We know there is empathy, the emotional intelligence that turns somebody sensitive to the emotionality of a different person. But there is also telepathy, namely the “art of distant perception” as the word suggests. And this sounds really mesmerizing!

For some scientists, the attempt to reach the ability of telepathy is purely pseudoscience. Yet, interestingly enough, mainstream science still researches the phenomenon, as you can also see in the video below:

Indeed, telepathy has captivated the interest of scientists and artists. Personalities such as Sigmund Freud, Thomas Huxley or Oscar Wilde experimented with it. The interesting historical work of Roger Luckhurst called The Invention of Telepathy: 1870-1901 shows the early fascination for telepathy. And the enthusiasm about it is ongoing.

The senses we traditionally refer to are five: Sight (vision), hearing (audition), taste (gustation), smell (olfaction), and touch (somatosensation)  – see more here in Psychic Powers. Still, the human being also possesses two more kinds of senses that belong to subtler forms of understanding and reasoning. While the five senses are connected with the physical body, there are also senses that have to do with the astral body. These are the “astral senses”. The astral senses are the counterparts of the physical senses on the level of the astral body. These are bound with intuition, creation and emotions.

One may claim that only the physical senses are true and everything else is “hogwash”. Yet, think of the fact that our senses may deceive us. Colors are impressions of certain light waves, they do not really exist themselves. Without astronomy and telescopes and the human intellect, it would be impossible to conclude that the Earth is a sphere solely by means of senses. There are things we do not see which exist, like X-Rays, radio waves or bacteria. So, senses do not deliver an unmistakable image of the world.

For a trained person, the astral senses complete the physical ones. Such a person can shift from the physical to the astral body without making a sharp distinction between the two levels.

To the five senses we must add two more senses: (1) the sense of the presence of other living things; and (2) the telepathic sense[i]. These senses are found in higher forms of animals and in all human beings. Yet, the civilized man does not make of these senses and in fact even the rest of our senses are nowadays not as acute as they were in previous stages. This is because what we may call “logic” or reasoning does not help sharpen our senses and our mental powers. So, what we should do is not to develop but to re-awake these senses we already have at our disposal.

The existence of the Astral Senses is the first principle of Telepathy. The second one is the fact that our thoughts are vibrations and therefore able to be caught by our telepathic sense. Scientifically, this is how neuroimaging is possible and how machines can scan our brains and interpret the results in order to explain how we feel and what we think. Telepathy is then a case of a message and a receiver but on a level in which our mental powers are already enhanced enough to receive these waves.

How to develop Telepathy

So, you want to read other’s minds. Hopefully, this is for a good reason. Once you acquire this power, you should better use it wisely.

What follows is a very short introduction to the topic. Telepathy needs study, patience and faith. Not everyone can develop this ability.

Here are the initial steps towards Telepathy:

It will be impossible to perform something in which you do not wholeheartedly believe. Telepathy demands a suspension of scientific reasoning. This is how your two additional senses will get reactivated. Faith moves mountains anyway. And it makes telepathy real!

Activate the Chakra of the Third Eye

Bringing our Chakras into balance is important in order to activate the Third Eye, the center of insight and intuition. This is the center of the telepathic sense. In modern humans, the Third eye has atrophied and has turned into the Pineal gland inside our brain. Reopening the Third Eye is a huge chapter that we will discuss in the future. Initially, the steps you should take are to meditate and to cleanse your aura and your chakras.

Find a partner who wants to practice Telepathy

At the first stages it is useful to work with a person that shares the same aspiration with you. Try to practice together. what you should avoid is any mutual deception: do not make each other believe that you have developed telepathic powers before this is true.

Send pulses to your environment

When you are alone, make an attempt to send your brain waves towards an object or a person. For example, place a bowl full of water in front of you. Try to create small waves on its surface. Or send similar waves to the leaves of a plant that is indoors. While in metro or a bus, select a passenger and send her or him brain pulses. Do not directly stare at this person but check if they will turn to you. do not select an attractive person and do not do flirting! Preferably, look for a person with which otherwise you would never have eye contact and or anything like that.

Advanced telepathy could lead to clairvoyance as well. But this will be the topic of a future article!