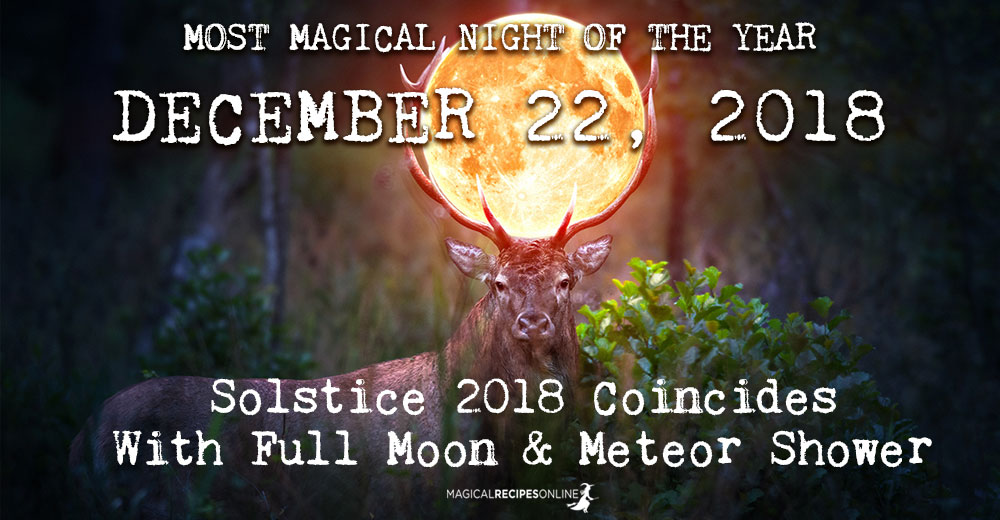 Are you one of the (really really) few who believe that this year was dull? Then, welcome to the most Magical Event of 2018. On December 22, 2018 something really rare is going to happen. A Vortex of great power is going to open affecting the Material Realm in ways not easily predictable. As a matter of fact, it will attract the powerful entities from the Spirit World, entities of Earth and Fire (due to the polarity of the Solstice) which will soon manifest important events. But let’s take it slowly in order to fully understand the power of this amazing day and night!

So this will be a Night to remember. A magical night which will only be repeated after 70 years, in 2094! In just few hours a marvellous phenomenon will take place in this Realm, shaking the Reality as we know it.  Let’s see why!